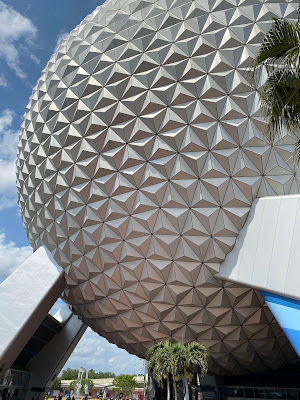 We’re going to be looking at park strategies for all four of the parks at Walt Disney World.  These strategies will assume two things – one, that you’re not staying on property, and therefore can’t take advantage of early theme park entry.  And two, that you will NOT be purchasing Genie+ or Individual Lightning Lanes (ILL) for anything during your day.  These assumptions might not be true – in fact, I gather that at least one, if not both, will be false for the average person reading this. However, I wanted to write this from the perspective of a regular guest showing up and trying to accomplish what they want without any particular advantages.  If you are participating in either of the above, the strategy becomes a lot easier.  This should cover the basics either way.  Today we’ll be discussing Epcot. (Updated October 26, 2022)

Lowest wait times – Journey Into Imagination With Figment, Living With The Land, The Seas With Nemo and Friends, Turtle Talk With Crush, Gran Fiesta Tour Starring The Three Caballeros

N/A - Guardians of the Galaxy: Cosmic Rewind (see below for more on this one specifically)

A couple of notes on the above – first, I’m not including any of the shows (The American Adventure, Awesome Planet, etc) as those generally have set schedules (which you can find at the park or on Disney’s official website) and mostly have little to no wait (essentially the amount of time that the show takes is how long you’ll wait if you just missed it).  Second, wait times are relative, not absolute. This means that the lowest wait times at the busiest time of year will probably still feel quite busy, while the highest wait times on the slowest day of the year won’t seem so bad. Context matters.

All of that being said, let’s take a look at a typical day at Epcot and figure out the best way to go about hitting all the attractions that you want.  Obviously if there are some (especially high wait time) things that you don’t want to do, you can skip that and free up a whole bunch of time for yourself.  I’ll assume that you at least want to experience all of these rides one time, which is certainly doable on most days.

A lot has changed in recent months with Epcot, more than any of the other parks.  It is currently undergoing a years long transformation that isn't yet complete, but there have been a couple of new additions in recent months that will draw guests. Epcot is starting to have the problem that Hollywood Studios has, which is a top heavy lineup.  I typically don't recommend purchasing Genie+ for Epcot, though my mind has been changing on that since our recent trip.  If you're going in a somewhat busy time, this might be your best bet.

The newest and biggest attraction at Epcot is Guardians of the Galaxy: Cosmic Rewind.  This is a draw on the level of Flight of Passage or Rise of the Resistance and will be the longest line in the park for years to come.  On the bright side (?), as of now, this is a moot point.  You CAN'T ride Guardians via standby.  Your only options are virtual queue or Individual Lightning Lane (ILL), both of which go live at 7:00 a.m. There are times when these fill up quickly, but lately there has been availability for over an hour after the virtual queue opens up.  Start with that strategy rather than paying. If you happen to miss out, there is at least one other virtual queue window at 1:00 p.m.  Either way, if you get it, you have a one hour window to experience it.  You don't have to plan your day around it (at least not yet - once it goes to standby, it will require a lot of strategy).

Remy is back to having the longest wait time in the park on average, regaining its crown from Frozen Ever After.  Both will be long, however.  They're also both in World Showcase, meaning that if you are entering the park through the main entrance, you have almost no chance of beating the crowds to either one.  On the other hand, if you're staying on property at one of the Crescent Lake resorts (Yacht Club, Beach Club or Boardwalk) or one of the resorts that has access to the Skyliner, you will enter through the International Gateway and will be closer to either of these than everyone else.  Remy in particular is literally right on the other side of the entrance from International Gateway.

Assuming, as I said above, that this isn't you, then my recommendation will be to rope drop Test Track.  This ride has reliability issues, particularly in bad weather, so keep that in mind.  If it's down, continue on to Frozen and hope it hasn't gotten too bad.  Otherwise, Test Track is a good one to get done before the other guests make their way over to it.  One way or the other, you won't be able to get all of these big rides done early, so you'll have to save one (or more) for later. If you did purchase Genie+, Frozen or Remy should be your top priority.  On a busy day it will be tough to get those two AND Test Track, so a combination rope drop/Genie+ strategy will mitigate a lot of waiting.

Our recommendation would be then to head to Soarin’, which sees a wait time dip after an initial rush (all this information, by the way, comes from Thrill-Data.com with some assistance from the WDW Wait Time Twitter https://twitter.com/WDWWait ).  Soarin' used to be one of the highest wait times at the park but some of the newer rides have pushed it down a bit.  It sees pretty consistent wait times, but it doesn't top out as high as some of the others.  That is to your benefit - Soarin' is one of the best rides in the park, so making it more accessible throughout the day is a good thing.

When you're finished with Soarin’ early, the next logical thing to do would be Living With The Land considering it's literally right next door.  This ride often has little to no wait time, but there's no reason to come back to it later when you are right there.  Journey Into Imagination is another easy one to pick up if you're headed into World Showcase, as you have to pass that building on the way up there and often has a low wait time.  If you managed to do Frozen earlier, stopping at the next pavilion over (Mexico) and doing the Gran Fiesta Tour would be a good idea; if not, this is a good time to do this one as well, since it also has a typically low wait time.

Once you’re done with some of these, our recommendation is to continue clockwise around World Showcase.  Most people entering the park will stop at Future World (or the three new neighborhoods as they are now known) before working their way up to World Showcase later in the day.  It behooves you to do the opposite, hitting World Showcase now and coming back to Future World later when crowds have moved on.  This has the added benefit of putting you in line with some of the best food options in all of Walt Disney World.  Pick a cuisine and stop in somewhere for lunch as you’re walking around.  Some of the shows are in this area, as well as Remy, though the lines at this time of day are typically not great.

Now that you’ve gone around World Showcase, you can continue down into Future World on the east side, passing the attractions you did earlier (if the line for Soarin’ is low, I’d drop in there again, but that’s just me).  You can then pick up the attractions you missed before.  As I said above, most of these have low wait times.  I would prioritize Spaceship Earth and Mission: Space, both of which can have slightly higher wait times on average.  Take a look at what looks best when you’re in the area, and decide which order you want to hit these rides, but largely, you should be able to do all of them with little difficulty. 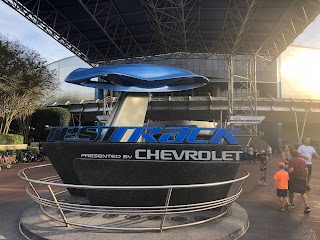 Keep an eye on Test Track as well if you didn't rope drop it, in case the line happens to be lower or if you decide to just suck it up and wait if you have nothing better to do.  If not, I would eat dinner - we always recommend one table service meal, often for dinner, as it gives you a good respite from the walking and the heat – probably in World Showcase again, though Space 220 (if you can get it) and Coral Reef in Future World are both good options as well.

The last big thing to fit in your day would be the nighttime spectacular at Epcot, Harmonious.  This is one good reason to eat a late dinner in World Showcase, as you’ll already be on that end of the park and have easier access to a good viewing spot around the lagoon.  Most of the best spots fill up about an hour before the show starts, but if you’d rather not wait, there are plenty of good spots around World Showcase where you can still see the fireworks if not a head on shot at the central screen.

Conversely, if you don’t want to watch Harmonious, this is probably a great time to finally fit in Frozen or Remy, as a disproportionate number of guests will be watching the show.  Or you can position yourself near the entrance to World Showcase (on the Mexico side) to make a quick beeline for Test Track once Harmonious ends (but be warned – Showcase Plaza at the entrance to World Showcase will be where the largest contingent of guests watching Harmonious are congregating.  This could make for a bottle neck if you’re not quick enough to leave).

Nighttime is my favorite time at Epcot, so once done with everything, I would take a leisurely stroll back to the front of the park, taking in the sights and sounds.  Spaceship Earth looks incredible at night, and can give you plenty of great photo opportunities.  With the exception of the headliner attractions, you can probably drop in and hit anything else you missed or wanted to do again.  Hopefully this guide helps you have your best day possible at Epcot!