All About Genie At Walt Disney World 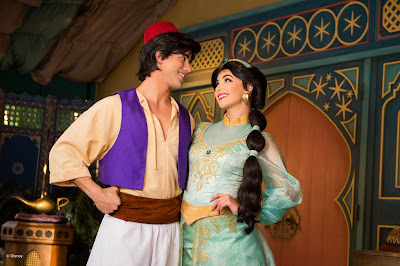 Disney recently rolled out a new service called Genie, for both Walt Disney World and Disneyland.  There are a lot of parts to Genie, so I wanted to take a look at all that it entails and talk about how to use the various features as well as if it is “worth it” to purchase the additional services being offered.  There’s a lot to unpack here, so let’s get to it.

There are really three different pieces to discuss here. We’ll start with the most basic, just called Genie by Disney, though I might refer to it as “Genie minus” or “G-“ throughout the article.  This service is free and available to anyone – it’s integrated into the My Disney Experience app in the newest version, and will appear when you open the app (whether you like it or not!).

Genie is supposed to help guests plan out their itinerary for the day, taking a look at real time wait times as well as forecasted waits for the rest of the day. This would ostensibly help guests decide when to ride certain attractions and when to wait until later.  Genie displays a “tip board” that shows you attractions based on the questions that you answer when setting it up, largely about your interests and what you want to accomplish.  These tips are dynamic, meaning they will change in real time and update you with suggestions based on what you’ve already seen and done.

At least, this is the idea behind Genie. It’s interesting that Disney decided to develop an app this way, as it was a feature that they never addressed before. Instead, that allowed third party companies like Touring Plans to develop and refine this kind of itinerary planning for years. If you want to choose between Genie and Touring Plans, I’ll skip to the end here – there’s no comparison.  Genie is a pale copy of that service.

The biggest issue with Genie is that it doesn’t really do what it purports to do.  It might do what it’s INTENDED to do, but those are different things.  Genie is marketed as making the guest experience better and smoother.  But what Disney really wants to accomplish with this service is to spread crowds out throughout the park, making as even a distribution of guests as possible.  It should go without saying that there are certain attractions that are more popular than others, leading to unbalanced wait times – most people would balk at a 30 minute wait for Magic Carpets of Aladdin but rejoice if they saw that same wait time for Seven Dwarfs Mine Train.

So Disney is trying to artificially move people around the parks to ease the burden on some of these headliner attractions.  They’re looking for efficiency for the parks, not ease of use for guests.  On Genie’s first day live in the parks, my social media feeds were flooded with screen shots from guests attempting to use this service for what it is and being directed to Prince Charming Regal Carrousel at rope drop.  This is not a knock on the Carrousel, but there’s no reason that ANYONE should be doing that as their first attraction of the day.  The wait times will be more or less the same throughout the day, while the opportunity cost of passing up, say, Peter Pan’s Flight at rope drop will cost you a lot of time later.

In other words, at best, take Genie’s advice with a  grain of salt and at worst, ignore their advice entirely.  You’re better off listening to sites like this one (cheap plug!) or similar planning sites.  For more granular detail, Touring Plans, as listed above, is a great resource.  If you’ve ever visited the parks before, your own instincts should serve you better than Genie. 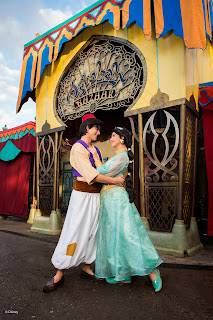 But Genie minus isn’t the real reason Disney is rolling out this service, nor is it the reason it is controversial among fans.  The real meat and potatoes here is in Genie+ (G+), which is the replacement for the old Fastpass+ system at Walt Disney World (and FASTPASS/Max Pass at Disneyland).  The controversy of course is that FP+ used to be “free” (or at least included in the price of your ticket) whereas G+ comes at a cost - $15 per person (plus tax!) per day.  For a family of four, that’s basically $64 a day for every day you want to use it.  It would take a much longer post to discuss how this is the continuation of Disney chipping away at the guest experience.  Instead, we’re going to talk about what you get for your money and where and when you should think about purchasing it.

For your money, you have the opportunity to use the “Lightning Lane” at many attractions to bypass the longer standby line.  A current list of attractions can be found here. The lightning lane is just a rebranded name for the old fastpass lanes – you’ll recognize them when you see them.  You can book G+ attractions starting at 7:00 am on the day of your visit.  You will be given the next available return time (unlike FP+, where you could scroll and select what time you wanted).  You can then make another selection once you redeem your first one OR after 120 minutes from when you booked your first selection (the clock starts at park open, though, not 7:00.  In other words, if you booked something at 7:00 for a return time of 1:00-2:00 and the park opened at 9:00, you could book your next attraction at 11:00).

Confused yet?  There are a lot of nuances to this system, and I imagine a lot will change as Disney sees results of how it is affecting guests in real time.  If you want a much more thorough look at all things Genie+ related, I’d refer you to my favorite Disney site, Disney Tourist Blog, and this post. Disney received feedback that FP+ was too complicated, but they didn’t do a lot to address that here; if anything, this is more complicated to work with (or certainly to read about) especially with an added wrinkle that we’ll discuss below.

Like park hoppers, Disney now offers the ability to purchase tickets with Genie+ included.  Our strong recommendation is to NOT do this.  Whereas hoppers are only available for the length of your tickets (all or nothing), Genie+ can be purchased for certain days on your trip.  This is available starting at midnight the night before you want to visit a park, though I wouldn’t stay up late just to purchase it.  Instead, just make sure you buy it before 7:00 am, or you’re missing out on getting first crack at rides, which is what everyone else with G+ will be doing.

Why would you want to purchase G+ for certain days but not others?  Probably for a bunch of reasons, but the biggest one would be that it’s far more useful at some parks than it is at others.  It’s definitely most useful at Magic Kingdom, largely due to the wealth of attractions in that park and it’s also useful at Hollywood Studios which has a very top heavy attraction lineup as we’ve discussed previously.  At both Epcot and Animal Kingdom, the usefulness of G+ is minimal.  There aren’t a lot of attractions at these parks and many of them wouldn’t warrant a G+ selection most times anyway (in other words, the standby line will be of similar length to your return time).

One possible exception to this rule would be if you are park hopping.  Genie+ is purchased per DAY not per PARK.  This means that you could go to one park early in the day (Animal Kingdom in this example, since it often opens the earliest) and do most rides standby while accumulating G+ attractions at a second park (say Epcot, which often closes the latest).  You can then hop over there after 2:00 and knock out a bunch of rides that you’ve been collecting reservations for.  This assumes that you’ve done what you want at your first park and that you don’t have a dining reservation there.  I find that our family typically spends the whole day at one park, and even if we hop, it would probably be later in the day.  This negatives some of the usefulness of G+.  Depending on how you tour the parks, this could be a worthwhile way to leverage the system but Magic Kingdom and Hollywood Studios are still your best bets for individual parks.

There is a third layer to the Genie system – a few paragraphs ago, I used the phrase “most” rides when discussing what’s included with G+.  That’s because Disney added another complicating factor to their new system and that’s individual lightning lane selections (ILL).  There is currently one designated attraction at each park that is NOT included with G+ and have to be purchased individually in order to use their Lightning Lane entrance.  Essentially this is the most popular current attraction at each park.

You don’t have to purchase G+ in order to purchase ILL’s (though I’m sure Disney would be happy if you did).  This is a separate function in Genie.  You can pick and choose what you want to spend your money on – if you don’t buy G+ for Animal Kingdom, you can choose to spend your money just to bypass the standby line at Flight Of Passage.

I’m certainly not going to tell you how to spend your money and there’s no judgment here.  For me, though, the ILL’s might be a bridge too far.  I can’t envision many scenarios in which I would spend $7-$15 PER RIDE (with increases possible in the busiest seasons).  There are almost always better ways to do these attractions.  If you’re staying on property, rope dropping during early park access is probably your best bet, or waiting until right before park closing might be almost as good.

If you go at a busier time of year, you might see long lines and be more inclined to buy your way out of them.  I still think a good strategy trumps that.  If there is a particular attraction that you haven’t even done before and this is your only chance, I can see taking the plunge if no better option is available (Remy’s Ratatouille Adventure, for example, has no stand by line currently – it’s either ILL or virtual queue, though I expect this will change shortly).  G+ has value and can be a real time saver.   I’d focus on doing the ILL rides without paying a premium – it can be done (see our park guides here for more details).