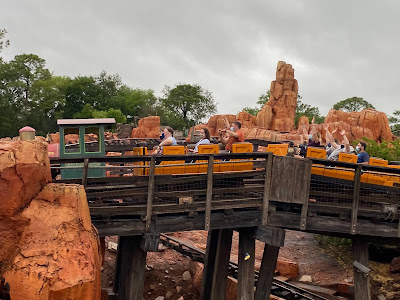 I was recently asked about height requirements at Walt Disney World, so I thought it was worth putting together a quick post of the attractions at each park that have requirements and maybe some brief commentary to go along with that.

Walt Disney World is known as a family friendly theme park, and the height requirements on the rides bear this out.  There aren’t any attractions at any of the four main parks that have height requirements of more than 48 inches, and most are less than that.  As a frame of reference, when we first took our kids, our younger one was five years old at the time.  She is probably average to slightly above average in height, and she was able to just make it on to rides at the 44 inch mark.  Obviously your mileage will vary depending on the height of your kids.

Without further ado, here are the four parks and rides with height requirements listed in order from lowest to highest.  I didn’t include the water parks here, but most of the bigger rides there are 48 inches, so keep that in mind if that’s something you are interested in.  If an attraction is not listed here, it means there is no height requirement.

As the most kid-friendly of all these kid friendly parks, Magic Kingdom has the most attractions and not very many of them require you to be very tall.  Space Mountain is the closest thing to a thrill ride at the park, so it makes sense that this is the highest.  I’m not sure how they decided that Seven Dwarfs should be two inches shorter than Big Thunder, but both are easy heights to reach at a young age.

The only thing of note here is Mission Space, which has two options of varying intensity levels.  Orange is obviously the more intense one, but I would be more concerned about motion sickness than I would about how tall you are if you choose to ride that one. 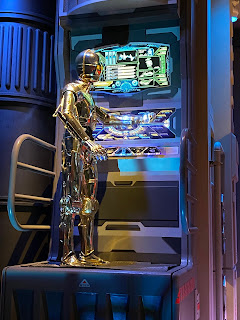 This park has the most “thrill” type rides on property, and all of them are on this list.  Rock N Roller Coaster is the only attraction that hits the 48 inch mark, and that makes a lot of sense as it is the only coaster on property that has inversions.  The good news is that none of these others are very tall, so most kids should be able to get on anything they want (but whether they want to or not is a different question).

This park has the fewest total attractions, and only a couple of those have any requirements.  Animal Kingdom used to be home to Primeval Whirl, which carried a 48” height requirement, but that ride has since been demolished.  We were fortunate that our daughter was tall enough for Flight of Passage on her first trip, because it’s one you don’t want to miss if possible.

As I said, Disney has earned its family friendly designation. Compare this to Universal Orlando, which has seven attractions requiring at least 48 inches, including all the way up to 54 inches.  These are more in line with a Six Flags type park, with many taller and more intense coasters.  Ultimately, kids and adults of any age can enjoy the Disney parks with little risk of being shut out or missing any rides due to height requirements.