What Type of Ticket Do You Need at Walt Disney World? 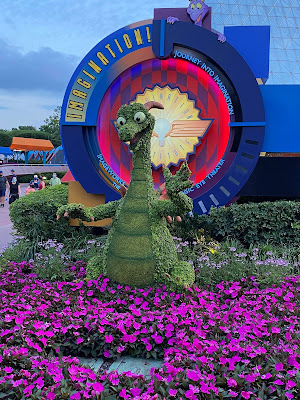 When planning a vacation to Walt Disney World, your three largest expenses will be park tickets, hotel/resort costs and food and entertainment (if you don’t live locally, airline tickets would be a fourth big expense, but we’re likely not going to cover that here).  In this post, we want to take a look at one of these things – specifically, park tickets.

There are a lot of options for purchasing Walt Disney World park tickets.  For the sake of this post, we’re going to assume that you’re not a member of the military (though you can find more information on discounted tickets here and that you aren’t interested in an annual pass (but if you purchase regular daily tickets and find that you just can’t get enough Disney, these can be upgraded to annual passes – see this page for more information.

With those out of the way, that basically leaves you with three ticket options – one park per day tickets, park hopper or park hopper plus.  We’ll take a look at all of these options below.

One park per day is exactly what it says it is – this ticket will allow you to enter any one of the four Walt Disney World theme parks (Magic Kingdom, Epcot, Hollywood Studios or Animal Kingdom) for the day. You can enter any time from when the park opens and stay as long as you want.  You can also leave the park and return to the same park – you just need to scan your ticket again.  These are advertised on the official Walt Disney World website as “starting at $109” per day.  This is a bit misleading, as Disney uses dynamic ticket pricing, meaning that the price differs depending on what time of year you’re going.

A one day ticket on Christmas Eve, for example, is listed for $150 where a random weekday (in this case, 2/2/22) costs $119.  You’d be hard pressed to find that $109 price anywhere but I’m sure it’s there somewhere.  Basically, though, one major consideration about going to Walt Disney World should be the time of year that you go (I will have a separate post on the best and worst times to visit soon).

These ticket prices are steep, but don’t despair.  Assuming that you’re taking a vacation of at least four or five days, you won’t be paying those prices we discussed earlier.  That’s because Disney encourages you to stay longer by making the ticket price per day cheaper.  Those $119 tickets in our 2/2/22 example are $112 per day if you buy a four day ticket and drop to $75 with a seven day ticket.  The longer you stay, the better the price.  It really hits the sweet spot around a five or six day ticket, which is just enough time to visit all the parks at least once.  Disney knows their audience, which is why the tickets are priced this way.  The price of “one more day” becomes almost negligible.  We ran into that situation a few years ago when taking a family vacation.  We had only planned five park days but after we had purchased the tickets, we debated adding a sixth day.  The additional day was only about $10-12 more per ticket so it was a no brainer! 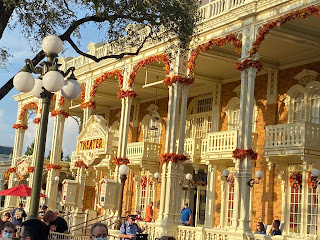 The next ticket category is the park hopper ticket.  This is similar to the above one park per day ticket, but it gives you the opportunity to leave one park and enter another in the same day.  This used to be a tremendous benefit, as you could come and go as you pleased, potentially visiting all four parks in one day (there have been plenty of internet challenges dedicated to this very subject!).  However, post COVID-19 reopening, there have been a few changes that impact the park hopper ticket.

First, Disney started using a park reservation system, meaning that when you purchase your tickets, you have to select which park you want to visit on each particular day.  This is still a requirement, even with a park hopper ticket.  The park reservation  system allows Disney to know how many people are going to be in each park every day, and helps them manage staffing.  The good news here is that barring certain exceptionally busy days (Christmas week being a big one), park reservation availability is mostly a formality.  You can cancel one park and reserve a different one on the same day (before your ticket is used) and almost never have to worry about that park “filling up”

The other major change to park hopping post re-opening is that you can’t hop to a second park until 2:00 p.m.  In the past, you could pop into Epcot for a morning treat at the Kringla Bakeri at Epcot, then immediately walk over to Hollywood Studios for rope drop.  Those days, sadly, are gone. The good news in this case is that after 2:00, you can hop to another park or parks as many times as you want that day.  This is theoretically limited by capacity restrictions, but again, this isn’t a practical problem anymore. You also don’t need to make a reservation for any subsequent park after you enter your original park for the day.

What are the advantages to hopping, now given these limitations?  One large one is the ability to do and see more if your time is limited.  Perhaps you only have a few days and want to get in as much Disney magic as possible (totally understandable!).  Perhaps your kids want to go back to Magic Kingdom one last time before your vacation ends – why not hop over there? This is especially useful if there is one particular souvenir that your kid just HAS to have and they only have it in one particular store …

But the best way to leverage a park hopper ticket would be to use the park hours to your advantage.  The parks all open and close at different times.  So if you start your day at Animal Kingdom (usually the park that opens the earliest), do everything you want to do there and then take a mid-day break, you can then hop over to, say, Epcot (which often closes the latest) for some dinner and to walk around in the cooler weather.  One major consideration would be the nighttime spectaculars – Animal Kingdom doesn’t currently have a nighttime show, but Magic Kingdom and Epcot do.  Hopping over to those parks just for the show can be a great way to close our your day.

So how much does the flexibility of the park hopper cost?  Again, length of stay is the major factor here. That $119 one park per day ticket in our example becomes $184 with the park hopper option. But the seven day ticket only goes from $75 to $87.  Not a big difference!  We have almost always purchase park hopper tickets in case we wanted to change plans or go back to things that we wanted to see again.  But take a look at the math and decide for yourself if you think this is worth it.  Park hopper tickets have to be purchased for the length of your trip – you can’ t pick and choose same days and not others (well, you probably could, but that would require you to buy different ticket types for fewer days, which will not work to your financial benefit).

The third ticket type is the park hopper plus. The “plus” in this case means access to Disney’s two water parks (Blizzard Beach and Typhoon lagoon, the latter of which is currently not open), a golf course, two mini-golf courses and ESPN’s Wide World of Sports (also currently unavailable).  The price difference between a regular park hopper and the park hopper plus isn’t large (in that same example above, a single day is $18 more while the seven day ticket is only $3 difference).  Personally, if you’re thinking about buying this ticket type, I would consider whether you want to visit a water park on your trip.  We never do, and thus have never purchased this kind of ticket.  Our opinion is that we’re there for the theme parks and anything that takes you away from there isn’t “worth” the time for the amount of money you’re paying.  I’m sure Blizzard Beach is a lot of fun, but you can visit a water park almost anywhere, while there’s only one Magic Kingdom.

One other thing to mention here is that you don’t have to buy your park tickets directly from Disney. If you are purchasing a vacation package, then you DO need to get them that way, as it is part of your package price.  But if you’re purchasing the tickets and hotel separately, there are plenty of “authorized resellers” that sell valid Disney park tickets at a lower cost.  Undercover Tourist,  for example, is a highly reputable source for your tickets and can save you a bunch of money (in our example, you would save about $64 a ticket if you purchased through them!).  Don’t buy Disney tickets on eBay but you don’t need to go directly through Disney in many cases.

Which type of ticket works for you and your family is dependent on a lot of variables, only some of which were discussed in this post.  Play around with the Disney ticket calendar and see how the numbers work for you.