Is Epcot Worth Visiting With Kids? 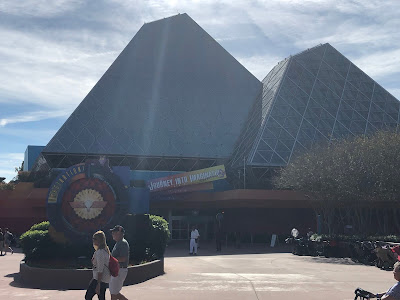 One of the most common questions I get asked when talking to people about Walt Disney World is “I have kids – should we skip Epcot?”  There is a common misconception that Epcot is only for “adults” (and I use this term loosely here, because when you’re at Walt Disney World, even the adults feel like kids) and that kids would be bored there.  Let’s take a look at what Epcot has to offer and see whether this kind of thinking holds up.

My caveat here (and anytime a post on this site talks about kids) is that everyone is different.  You certainly know your kids more than I do, so you would probably be able to know whether Epcot holds any value to you on a trip.  I guess I’ll spoil the ending, but for me personally, my two kids (now 11 and 8) LOVE Epcot.  My daughter told me it’s her favorite of the four parks.  We seem to have developed a tradition of using our half day on arrival day to get in some Epcot time.  So while I’m not trying to convince you to be like me (certainly not a great idea!), that’s been my experience.

As a basic overview, Walt Disney World consists of four theme parks – Magic Kingdom, Epcot, Hollywood Studios and Animal Kingdom. Of those, the park that kids (especially younger ones) will overwhelmingly gravitate towards is Magic Kingdom. And how could they not?  For many people, Magic Kingdom IS Walt Disney World.  The castle, the princesses, the fireworks – that’s how it’s sold to you on TV and in ads.  And it’s true – Magic Kingdom is the most kid friendly park on property.  Largely this is because there is an abundance of attractions in general (way more than any of the other parks) so there’s really something for everyone.  For the youngest kids especially, this is the park where you’ll be spending the majority of your time.

But the other parks all have something to offer children – it wouldn’t be Walt Disney World otherwise.  Animal Kingdom has, well, animals, and what kid doesn’t like animals?  There are plenty of kid friendly rides and attractions there.  Hollywood Studios has Toy Story Land, plus the relatively recent addition of Mickey and Minnie’s Runaway Railway.  Personally, I’d say that Hollywood Studios would be a skippable park for kids, especially if they don’t like Star Wars, which has a heavy presence there. But I couldn’t imagine skipping any of them, so I’m not recommending that.  I guess I’m just saying that Epcot has kind of a bad reputation that I don’t feel is warranted.

So what does Epcot have that kids would enjoy?  First, we have to look at how the park is laid out.  Up until very recently, Epcot was considered to be divided into two pieces – Future World and World Showcase.  Future World has recently been rebranded and divided into three “neighborhoods” – World Discovery, World Celebration and World Nature.  If you’re interested, check out some more information on this here though a lot of this is just semantics.  In other words, it’s still Future World to me.

We’ll get to World Showcase in a big (often referred to as the “back” of the park) but we’ll start with the Future World / neighborhoods that you would come to upon entry.  The first thing you’re bound to notice is the giant geodesic dome towering over everything else.  This is Spaceship Earth, and it’s a classic dark ride that’s perfect for all ages.  What kid wouldn’t want to take a ride INSIDE that giant ball that they see?  Also in the World Celebration area is Journey Into Imagination with Figment. This ride is controversial to many Epcot purists, but if you don’t have a chip on your shoulder about it (and I can’t imagine why a child would), it’s a fun, silly diversion that everyone can enjoy.

The World Discovery section might be a bit much for younger kids, as both Mission: Space and Test Track are “thrill” rides in the Disney sense.  I will say that my kids LOVE Test Track, and while my daughter (who’s scared of coasters and such) was nervous, she ultimately enjoyed it so much that she wanted to go back before the day was over.  Your mileage may vary, as I said earlier.  There’s also a planned attraction in this neighborhood called the Play Pavilion, with “interactive experiences, your favorite Disney characters, hands-on activities and engaging entertainment when it opens”  though Disney has notably not mentioned this in recent press releases, making people worry that it was a casualty of Covid.

In the World Nature section, there’s the Land Pavilion that houses my personal favorite, Soarin’ Around the World.  There’s a 40 inch height requirement here (same as on Test Track) and you sit in front of a screen and are lifted off the ground.  If you think your littler ones can take it, it’s an absolute must do.  Living With The Land is a gentle boat ride through a greenhouse.  In the Seas Pavilion, there’s the main attraction, The Seas With Nemo and Friends as well as Turtle Talk with Crush that are great for all ages.

So already, there’s plenty to do at Epcot and we’ve only done the first half of the park.  At some point, more traditional meet and greets will return, and Epcot had plenty of those, from classic Disney characters to princesses.  The restaurant Akershus Royal Banquet Hall used to host a princess dinner, similar to the more famous version at Cinderella’s Royal Table in Magic Kingdom.  I hope (and think) this will return – we ate there when my daughter was in prime princess mode at age five and had an unforgettable experience.

Akershus is actually at the Norway Pavilion in World Showcase, so we might as well talk about that area now.  My sense is that for many people, this is what they think of when they think of Epcot “boring” their children.  World Showcase is a long walking loop around a lagoon that highlights the culture, food and entertainment of various countries from around the world.  Sounds dull for your kids, right?  Well, think again. 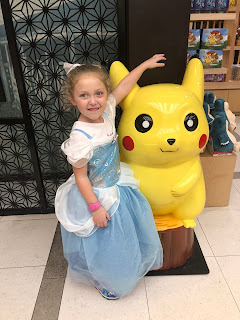 First, there’s plenty to do and see as you walk around.  Even if kids don’t appreciate the historical aspects of this area, there are still a lot of cool visuals and colorful costumes to distract them, not to mention gift shops (my kids talk about the Mitsukoshi store in the Japan Pavilion all the time).  And if they’re not daring eaters, by the time you get to the halfway point in the loop, you reach the more familiar confines of The American Adventure and if nothing else, a stop at the Regal Eagle Smokehouse for some barbecue would be in order.

More importantly, though, plenty of Disney intellectual property is now dotted throughout World Showcase.  This was not the original intent of this area of the park and again, there are plenty of people who bristle at the intrusion.  But in this case, I think it certainly makes the park more family friendly with some familiar names and faces.  Some of the more recognizable attractions would be the Gran Fiesta Tour Starring the Three Caballeros (if nothing else, they’ll know Donald Duck!) in Mexico, Frozen Ever After in Norway and the Beauty & the Beast Sing-A-Long in France.  Also newly opened in an expansion in the France area is Remy’s Ratatouille Adventure.  Even if your kids wanted to do nothing but these rides in this section of the park, that’s still plenty.

People who think Epcot isn’t for kids either hasn’t been there, or is remembering a time before these characters and attractions existed.  There’s plenty here for everyone and if you stay until closing, you’ll even have a chance to see the new nighttime show, Harmonious.  I have some issues with that show, but there truly is nothing like ending a fun day at the parks watching fireworks over World Showcase Lagoon.  In my opinion, Epcot is worth visiting, with kids or not.