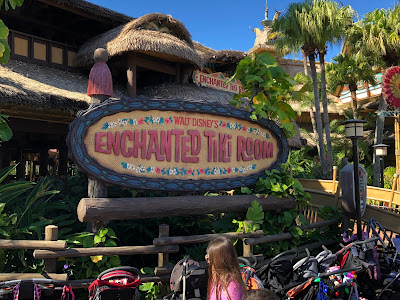 One aspect of a day at the Walt Disney World resort that you might not think of immediately involves music.  Of course, you’ll probably have certain “ear worm” songs stuck in your head (we’ll get to those below, but I’m sure you can think of one or two) but beyond that are things like ambient background music around the parks or even the hotels.  Background music that plays in each land of a park is often just that – background.  But it’s all part of the atmosphere that Disney creates and it’s one of the things that is absolutely unique to your experience.

I have no real basis to be a music “expert.”  I can’t read music, I can’t write it, it’s hard for me to recognize a part of any long form piece and say, “Oh, look how interesting this is compared to earlier in the song.”  Mostly my love of music boils down to one thing – do I like it or not?  Or in the case of the Disney parks, does it make me FEEL something?  This can be harder to do without lyrics but is something that Disney does exceptionally well.

Disney loves details, which is why each park and each part of that park feel unique from one another – the cast member costumes are all unique for each section or ride where they work, the architecture is different, etc.  And you might not think about it very much but the background music in each of these places is different, and that adds yet another layer to the atmosphere as you walk around the parks.

A park like Magic Kingdom, for example, is probably the best representation of this.  Since the park is divided into four or five separate lands, each one has to feel different from the others.  One way they do that is with the background music, or “loops”.  These are long instrumental music pieces (often up to an hour before repeating) that play in each section.  You might not know the names of any of these, but you can probably tell, even subconsciously, when you leave the bongo drums of Adventureland and head to Frontierland, with its fiddles.  I’m probably not doing a great job of describing this since so much of it is about feel, but if you’ve been there, you know what I mean.

Disney doesn’t expect you to sit in one area for an hour or more and take in the sights and sounds (though of course you could).  But you can search YouTube or other music sites for these loops and in just a few minutes, it will probably ring a bell as far as reminding you where you were when you heard this music or something similar.  My favorite compilations to sit and have on in the background when I’m working are the ones that are many hours long and encompass an entire park or more – something like this or this are good examples of well put together compilations.  There’s no chance I’ll sit and listen to six hours of this in a row but it’s nice to have on in the background and takes me back to my favorite place even while I’m home or working.

Even the resort hotels have their own themes and background music – walking around the Polynesian will feel very different from walking around Art of Animation, and the music is a big reason why.  It sets the stage for where you are and blends seamlessly into the atmosphere at these (and all resorts).  This music can be heard walking between buildings and at the transportation stops and such.

When we stayed at Coronado Springs a few years ago, I remember vividly that I stopped to use the bathroom in the lobby.  It was the holiday season, so not only were the songs playing over the speakers in Spanish, they were Christmas songs!  That’s the level of detail you can expect throughout Disney property. 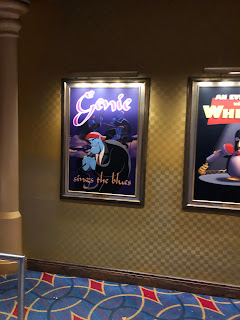 Of course, if you think about music at Disney parks, you probably think of ride music.  There are some pretty famous ones out there – don’t tell me you’ve never gotten “it’s a small world” stuck in your head at least once?  (If you haven’t thought about this song for a while, you’re welcome – it must be in your head by now).  Similarly, “Yo Ho! A Pirate’s Life For Me” from Pirates of the Caribbean is iconic as well as catchy.  Along with the smell of the pirate water, this is probably what you’ll take away from the ride when you walk out of the gift shop.

Even beyond these short and catchy songs, most Walt Disney World attractions have music behind them, whether you notice it or not.  Most of the Magic Kingdom audio animatronics shows are built entirely around music – Walt Disney’s Enchanted Tiki Room and The Country Bear Jamboree all use original songs as conduits for the animatronic figures.  And while your kids might not remember all the period specific details of Walt Disney’s Carousel of Progress, they can probably sing the repeated theme song, “There’s a Great Big Beautiful Tomorrow” (I know that one is a staple around our household).

Music plays such a huge part in setting the tone for an attraction.  Soarin’ Around The World at Epcot is one of my all time favorite attractions, as I might have mentioned here before.  But I don’t know that I would love the entire experience as much if it weren’t for the, ahem, soaring theme song. The anticipation of floating through the sky and the clouds parting is especially wonderful when it leads to the opening crescendo of this piece.

Ultimately, I find that I always want to be at Walt Disney World even when I’m not there (one might say “especially when I’m not there”).  And while I can’t get a Dole Whip or ride Big Thunder Mountain Railroad from home, I can put on the ride loop music for that one and feel like I’m there, at least to the largest extent possible. The music brings up the feelings of being in the parks, and I can often picture exactly where and when I was when I heard that music.  It’s a little thing, but it’s something that Disney excels at and it always leaves me wanting to return as soon as I can.