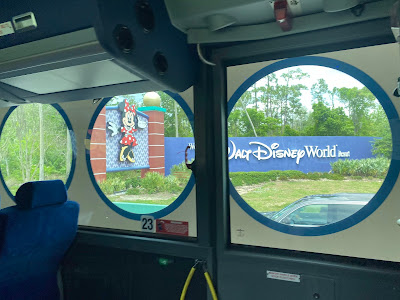 I mentioned in a prior post that one of the best ways to save money on a Walt Disney World vacation is to rent Disney Vacation Club (DVC) points.  In this post, we’ll talk in more detail about what that means, how it can benefit you, and some of the pros and cons associated with doing this.

First we have to talk about some basics.  The Disney Vacation Club is Disney’s version of a timeshare program.  You can purchase “points” from Disney (or a reseller) and then use those points to book rooms at many of the deluxe Walt Disney World (and other) resort hotels.  DVC rooms are usually called “villas”, and often have their own building or buildings at resort hotels.  They share dining and other amenities with the hotel side of these resorts.

Purchasing points at the DVC has value – you often get special discounts and attraction previews, plus the security of having a deluxe resort available to you when you want to go on vacation. However, this obviously comes with a price.  You can search Disney’s official DVC page to get some idea of how it works (there are a lot of details that I’m not going to get into here) but the example they use on this page STARTS at $30,000, plus annual dues “starting at” $105.00 per month.

There are plenty of people who would benefit from purchasing DVC points, usually those that like to vacation annually (or more often).  Much like being an annual passholder, there is a certain threshold that has to be met to make the cost/benefit analysis work for you.  However, this is NOT what we’re advocating here – we’re talking about renting DVC points from existing owners, a “loophole” of sorts that can pay dividends for both parties.

As an owner, you’re paying monthly fees regardless and are likely financing a large purchase, meaning more money out of pocket each month.  Maybe you won’t be going on vacation every year; while you can bank points to be used in future years, another good option is to rent your points out to someone else.  This puts cash in your pocket while still retaining ownership in the DVC.

This post is looking at it from the perspective of the other side, the person renting the points.  Why would you want to rent points when you could just book a hotel room through Disney?  The biggest reason to do it is that you can save a ton of money and stay in a deluxe resort that you otherwise might not have been able to afford.

Here’s an example to show how this would work in practice – I randomly selected a week about eight months from now, July 17-July 23, 2022.  I wanted to pick something that was more than seven months from now – one reason I’ll get to in a little while, but the other was simply to see if there was availability that far out from Disney.  There seems to be, as there were plenty of choices.  I looked at one of Disney’s flagship resorts – Disney’s Polynesian Village Resort. 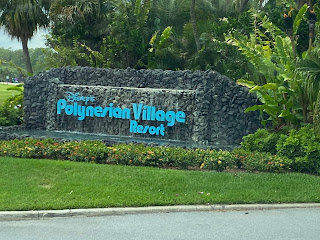 To book a standard view room at the Polynesian through Disney, the cost would be $613.00 per night, or $3,678.00 for that week.  That doesn’t include tax, which brings the total up to $4,137.78.  On the other hand, if you rented DVC points from David’s Vacation Club Rentals (more on them below), the cost for that week is $2,580.00, tax included.  That comes out to about 60 percent less to rent points!  The money saved on this alone could be enough to pay for your park tickets for this trip.

Of course, paying $2,580.00 for your hotel alone might still be too steep for many people.  But if you were already thinking about staying on property, this gives you an opportunity to stay at a deluxe resort for a bit more than moderate rates (Disney’s Caribbean Beach Resort, for example, would cost $1,847.28 for that same week, so you’d be paying 40% MORE by renting points at the Polynesian, but of course, you’d be staying at a higher level resort).

The Polynesian happens to be one of the more expensive deluxe resorts; in this example, you could stay at Bay Lake Tower (the DVC property at the Contemporary, and walkable to the Magic Kingdom) for $2,080, barely more than this hypothetical Caribbean stay.  You can play with the numbers yourself, but depending on the dates and resorts, you could get a great deal by renting.  If you just HAVE to stay at the Polynesian (and I wouldn’t blame you!), just look at what you could save by booking it this way.

If you’re thinking about renting points, the best way to do so would be through one of the reputable companies that do this for a living, brokering deals between the owner and the renter.  We personally have use David’s DVC Rentals on a couple of occasions and they have always been top notch.  They even managed to navigate us through a reservation during the pandemic.  The other great option would be the DVC Rental Store which has a similar pricing and service structure.  You probably can’t go wrong with either of these.

There are other ways to rent points directly from the owner, but largely those deals have to be brokered privately.  You can find their information on many Disney message boards.  Be warned – while many of these people are probably honest, upstanding owners, they are still people that you’ve never met and only find when searching the internet for this very reason.  There is no protection there if you send them money and they don’t deliver what they say.  The reason to use one of those broker sites above is to ensure safety and security. The prices are higher than renting directly, but for my money, that peace of mind is worth a lot.

Speaking of which, one of the only downsides to renting points is that they are non-refundable.  Once booked, you are locked in.  If you’re uncertain about whether you can travel on the dates you requested or if you change your mind, there’s no recourse.  DVC Rental Store offers “point insurance” for an additional fee, but you’re probably better off just purchasing third party travel insurance for the entire cost of your trip, in case of emergency.  If you know your travel dates, though, the non-refundable aspect is a mere formality.  Also, I know for sure with David’s that the full amount is due once a reservation is secured; if you book through Disney, you can make periodic payments when you have money available but that isn’t an option here.

One other note on renting points – as I mentioned above, I selected an example that was more than seven months in the future.  That’s because, with both David’s and DVC Rental Store, the cost is actually $1 per point higher for reservations that far out.  You can book DVC rooms starting at eleven months away, so if you book between seven and eleven months, you are paying a slight premium.  Why?  Because there is more inventory at that point and it gives you the best chance to get the room of your choosing.  If you don’t have a specific resort in mind, wait until it gets under the seven month mark to save some money.  At a dollar a point, that would be $155 in the example above.  Of course, a resort like the Polynesian is often one of the first ones to sell out, so consider that if you have a specific resort in mind.

The only other thing that should be mentioned in terms of renting points is that the rooms you stay in are different than traditional hotel rooms.  I’ll use a studio as an example here, as that is the most prevalent room type.  In a regular hotel room, there are usually two queen (or double) beds.  In a DVC studio villa, there is one queen bed and one pull out couch that turns into a queen bed.  You end up with the same sleeping options, but one is not a “real” traditional bed.  Studio villas also have a kitchenette, if such a thing matters to you.  And in terms of housekeeping, a regular hotel room gets a full daily cleaning, while if you’re using points for a studio villa, it only gets fully cleaned once a week, mid-trip.  Towels are still replaced as needed and you can always contact the front desk if you need services more frequently.  But this is a large difference than what you may be used to.

Overall, renting DVC points is not for everyone.  It requires a little more knowledge, work and risk than just booking a traditional hotel stay.  But if you’re looking to save money on a Walt Disney World trip, this is one of the best ways to do it.  I know that we would be very unlikely to pay full price for a deluxe resort but this way, we get to experience some of the nicest hotels in all of WDW in an affordable way.  If that’s what you’re looking for, I would seriously consider renting points.