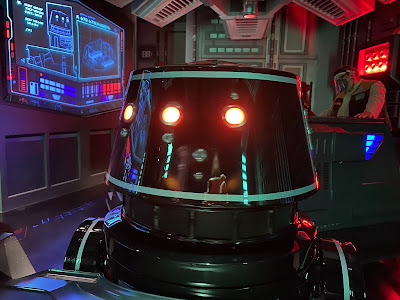 Last October, Walt Disney World released their new planning system, Genie, along with the “paid FastPass+” replacement in Genie+.  You can read all about that here – our post today will focus exclusively on the Individual Lightning Lane attractions. (Updated May 17, 2022).

As a quick refresher, Genie+ is a service that can be purchased for $15 per person per day (plus tax), and allows you to use the separate Lightning Lane entrances to many rides throughout WDW.  There are some ways to leverage this service in order to end up with quite a few selections towards the end of your day.  Currently our recommendation would be to purchase Genie+ for the length of your trip upfront - we made a post about that specific thing.  If purchasing individual days, Magic Kingdom (due to its high ride count) and Hollywood Studios (due to its top heavy attraction lineup) are your best bets.

Separate from Genie+ are the Individual Lightning Lane (ILL) purchases.  You don’t need to purchase Genie+ in order to purchase these – they are simply a la carte attraction purchases that you can make instead of or in addition to Genie+.  While Genie+ has caused some consternation among fans, the ILL has truly been the most reviled and controversial addition.  While there are ways to get a lot out of Genie+, there is really no such way to leverage ILL – you are paying a price to ride one ride, one time. That policy has rubbed a lot of people the wrong way.

There’s also the matter of pricing.  Each park has two ILL attractions, for a total of eight throughout WDW.  The prices vary for these rides – currently they range from $7 per person to $15 per person, though Disney has stated that they reserve the right to vary these as they see fit.  This means that in busier times of year, they can actually charge even more than what you see today.

Disney made some changes to ILL  so that until (at least) August 7, there is only one ILL per park, where previously (and perhaps again?) there were two.  Unlike Genie+, I have a hard time recommending purchasing any of these, but everyone’s situation will be different so I don’t want to make any assumptions or tell anyone what to do with their money.  Let’s start from the “best” choice to purchase and work our way down.

Rise has been one of Disney’s most popular rides since it opened and with good reason – it is a relatively new addition to the parks (which always drives up popularity) and it is a technological marvel that is an absolute must experience attraction.  Word of mouth has been positive, which fuels the frenzy even more for people who haven’t had a chance to ride it yet.  This has been an unequivocal win for Disney. Until recently, the only way you could ride Rise would be via a virtual queue (Boarding Group) that you had to join right at 7:00 a.m. on the morning of your visit and was largely “sold out” within seconds.  Now the virtual queue has been dropped, and for the first time, there is a standby line for Rise.

In many ways, this is a good thing.  It was a shame for people to have no option to ride if they missed out on the virtual queue.  This way, even if the line is exceptionally long, guests can make the decision of whether to wait or not.  Unfortunately, right when Rise moved to standby, Genie made its debut.  Rise is the most expensive ILL to purchase (currently $15) and is the only attraction to sell out on a regular basis, often before the park even opens. In most cases, your resort status won’t make any difference when it comes to ILL purchases, but the current policy is that on property guests can make reservations starting at 7:00 a.m., and everyone else can purchase starting at park open.  In this one particular case, if you aren’t staying on property, you run the risk of not being able to purchase it, meaning your only option would be standby.

This doesn’t necessarily mean that we recommend purchasing the ILL for Rise.  On the contrary, if you are an on property guest, you have the thirty minute early entry window and getting to Rise near the front of that group of people is a better choice at the moment (and doesn’t cost you anything but time).  But if this isn’t an option for you for any number of reasons, that leaves you with a standby line that is very long throughout almost the entire day.  It could be tempting to pay to skip this line and use the time you saved to do a bunch of other attractions.  Also, given its status of selling out so quickly, you would likely have to make that decision first thing in the morning; fear of missing out is a big motivator. So while this isn’t recommended, it is certainly an option and the only attraction on this list for which a real strategy is necessary.

This is the only other attraction on this list that I personally would consider purchasing under the right circumstances.  This is for two reasons – one, it is the newest attraction at WDW, and it’s likely that you haven’t experienced it yet and therefore want to make sure you don’t miss it.  And two, Guardians has now taken over from Rise as the only ride to have a virtual queue in use. This ride is already getting rave reviews, and will be a huge draw for years at this park.

You have an opportunity to join the virtual queue at 7:00 a.m. and again at 1:00 p.m. on the day of your visit (though it’s one per customer, so if you succeed at 7:00, you can’t get a second one at 1:00).  There is an extra wrinkle to this one, as Disney will offer a third VQ opportunity at 6:00 on nights where there are Extended Evening Hours.  Eligible guests can attempt to get it at that time, and the wording suggests that even if you've already gotten it once, this particular circumstance allows you to get it again.  Yet another perk of Extended Evening Hours!

With no standby line currently, this is the best way to experience this attraction.  I would absolutely recommend attempting to ride Guardians in this way first.  If you miss out at 7:00, try again at 1:00.  If for some reason you miss out on both, then you have to decide whether you want to pay to ride.  Remember, there is currently no standby option for Guardians so if you miss the virtual queue, ILL is your only other option.

This is why I put this as the second most likely ILL purchase.  It will probably be a while before Guardians goes to standby, but that will change the math here and you will always have the option of rope dropping or checking wait times during the day before deciding on a purchase. 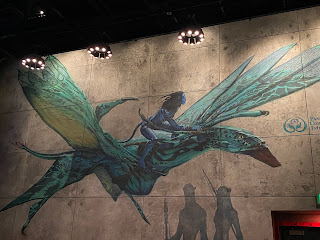 This is similar to Rise, in that it is an incredible popular attraction and easily the ride with the longest wait time at Animal Kingdom.  It is also a fantastic experience, one that I would probably rank as my favorite at WDW currently.  During busy times, this ILL sells out immediately so you would have to be in the park and on the line before it went live at 7:00 to determine whether you'd rather purchase it.  If you can't get to Animal Kingdom that early, purchasing it is certainly a good option.

Regardless, the strategy here is the same for Rise and most other rides on this list – get there early or ride right before park closing.  You may be tempted to pay to skip this always long line, but there are plenty of other ways around it and I would not recommend purchasing for Flight of Passage except at busier times when you need to make a decision very early in your day. I only put it third due to its popularity and can’t miss experience.

I'm leaving these on here, even though besides Seven Dwarfs, the rest of these attractions are part of Genie+ until August 7, as mentioned above.  It remains to be seen what Disney does with them after that date, so I didn't want to delete this information entirely but it is currently irrelevant.

I won’t belabor the point anymore than I already have, but we do not recommend purchasing ILL for any of these attractions under basically any circumstances.  In all but the busiest times, only Seven Dwarfs will present difficulty in riding (which begs the larger question – do the parks “need” a second ILL at all?). The same basic strategy applies to all of these (and those above).  Ride them first thing in the morning (if you’re on property, this will be much easier) or at park closing.  Take advantage of an extra or extended hours are available.

Even the most popular ride on this list (Rise) can be conquered with sound strategy, so to reiterate, our recommendation is to not purchase ANY of the ILL rides.  There’s no shame in doing so, but we feel that your money is best spent elsewhere, including on Genie+ in some circumstances.  Keep checking back here if anything changes in the busiest season.