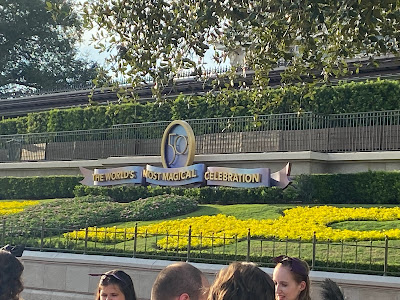 We're back with a few new stories from this week that didn't warrant their own post.  Let's start with a fan favorite.

The Hoop-Dee-Doo Musical Revue at Disney's Wilderness Lodge is returning this summer.  This show had been around since 1974 (!) and had been closed since the pandemic shutdown in March 2020.  This was one of the more popular entertainment options over the years, especially for something that wasn't even in the parks themselves.  Per the Disney Parks Blog

The Pioneer Hall Players and cast members will be welcoming back guests to this frontier-style family fun dining experience in Pioneer Hall at Disney’s Fort Wilderness Resort & Campground. First debuting in 1974, Hoop-Dee-Doo will once again offer guests a rousing Wild West performance, singing, zany comedy with lots of laughs and an unforgettable countrified feast full of fried chicken, smoked BBQ ribs, a variety of savory sides and of course, strawberry shortcake, yum! The menu is sure to make your mouth water and have you hollerin’ for seconds (and thirds!).

There had been rumors lately that this show wasn't going to reopen and instead be replaced by something similar.  Thankfully that didn't happen here.  I haven't had the pleasure of checking this out myself, but I know there are plenty of die hard fans of this one.  And though certain changes will be made, it sounds like this will be basically the same show as it always had been.  Score a win for nostalgia here.

This is a small thing but one that I find fascinating in terms of the "why".  Scott Gustin pointed out on Twitter that Disney made a change to the language on their Genie+ FAQ page.  The new wording states "On average, guests can enter 2 to 3 attractions or experiences per day using the Lightning Lane entrance if the first selection is made early in the day."  Previously there had been no language stating how many attractions the "average" person would experience in a day.

This seems to me like a case of under promise and overdeliver.  At the busiest times of year and at the parks with the fewest headliner attractions, two to three seems like a pretty conservative but perhaps accurate number.  A lot depends on what you're trying to get via Genie+.  At Hollywood Studios, for example, most of the headliner rides are out of return times by noon, if not earlier.  If you've already purchased Genie+, you can always "fill in" with lesser rides, but I don't know if that leaves you satisfied.

What I do know is that there have been reports of lines at guest services to refund Genie+ purchases to unhappy customers.  This is not a good look for Disney and I don't know that there's a good way out of it.  But putting a number on their website and app at least sets an expectation level before purchasing. Plus, at a park like Magic Kingdom and/or a less busy time of year, two to three is WAY low - you should be able to do much more than that if you're there all day.  Perhaps that makes the average guest happier, by far exceeding the number Disney says you can get.

Another interesting aspect here is the part about "the first selection is made early in the day".  In other words, you'll do better if you start making selections right at 7:00 a.m.  Some guests don't want to be awake at that time of day, and Disney is essentially saying that if you're not, your chances of getting attractions you want isn't as good.  That's kind of difficult to swallow for a paid service - at least if it was free (as FastPass+ used to be), there was less pressure to deliver.  Plus you could make FP+ reservations in advance and pick the time of day you wanted to return, so if you weren't an early riser, you could make all your reservations for the afternoon and evening.  G+ makes this a much more difficult process.  I wonder if Disney will tweak this in the future, but as of now, this is another hurdle to jump through if you want to experience their (best) attractions. 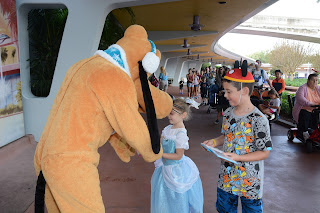 As early as April 18, we will start reintroducing traditional character greetings at Disneyland and Walt Disney World Resorts, as well as aboard Disney Cruise Line. That’s right! Very soon, you will once again be able to hug Mickey Mouse, get an autograph from Mulan, and share a laugh with Goofy. We know many of you have missed these special moments, and your Disney character friends have missed you, too!

My enthusiasm is only slightly tempered by the vague wording in this press release.  As with most things Disney, nothing happens quickly.  So if you're really excited about meet and greets coming back, temper your enthusiasm in case your favorite characters or meals aren't back to normal right away.  We'll be in the parks that week and will report back on how things go as they come back.

And once again, hours were extended for the week of 4/18-4/24, in line with the other recent changes.  They are: