What to Pack for a WDW Trip 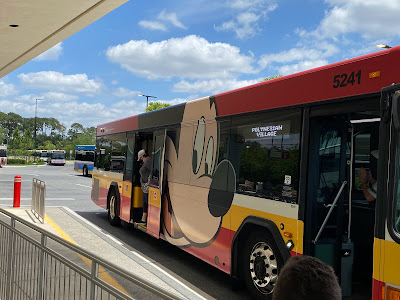 As we here in the Where The Castle Is household prepare for another trip to WDW in the coming weeks, I thought I might write a post about everyone's favorite part of the trip - packing.  What, that wasn't what you thought I was going to say?  To be honest, I do much of the legwork and planning for our trips, and my wife (unfortunately) gets stuck with the task of packing for four people.

But because we've been fortunate enough to go on a few trips in recent years, we're getting better at the packing part.  We have a master list we work from, and adjust as necessary.  I'm sure you probably have one too, for a trip to Disney or elsewhere.  But I wanted to give a rundown of ours and point out some Disney specific tips that can help you.

You need some.  Next subject.  Okay, fine, but obviously you need clothes.  That should be obvious.  We plan on one outfit per day (including travel days) and a couple of extra outfits in case of emergency (you drop food on yourself, you're caught in an unexpected deluge, etc). Plan on bringing even more socks, if possible - the likeliest part of your body to get wet in a Florida thunderstorm is your feet.  I'm a one pair of sneakers kind of guy but your mileage may vary.  Shoes can be dried relatively quickly but nothing is worse than walking around in wet socks all day.

Depending on the time of year you go, what those outfits consist of can vary wildly.  If you're going in the spring/summer months, you likely won't need more than shorts and t-shirts.  I usually bring one sweatshirt for the plane and maybe late at night.  If you're going when the weather is cooler, it can be a bit trickier.  You'll need to bring layers, as morning and nighttime can require heavier clothing, maybe even a hat and gloves (I have some pictures from a November trip where we are bundled up to meet Nick Wilde and Judy Hopps - even Florida gets cold sometimes).

And don't forget your pool clothes - bathing suits, sandals, etc.  I would always recommend sneakers or something similar for all the walking you'll do, but when you go back to your resort, you'll probably want sandals for the pool area.  I tend to forget about my bathing suit until summertime, but Florida will be about thirty degrees warmer than home when we go, so make sure you dig it out of your closet. 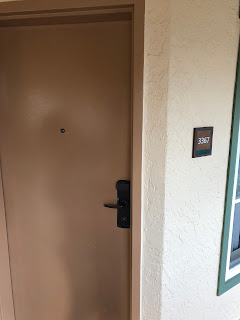 I don't have much to say about these, because I assume you've been on a vacation before and thus have had to pack these.  No matter how small the bottles, these always end up taking up too much room.  Also included in here are things like medications (including over the counter stuff like, for example, Dramamine, something I know a thing or two about) and stuff you might not use everyday but are a must on your trip (sun block, for example).

Most people have their phones glued to their hands at all times so you probably won't forget those.  But remember that these are the last things you'll pack in your carry-on or something similar.  Disney has made it so that you need your phone regularly in the park, and a long day away from an outlet can be draining (literally) on your device.  So a portable charger is a must - make sure the charger itself is charged before your trip.  The particular one we have seems to be discontinued now, but you can find plenty of good options at Amazon in the $20 range.  I tend to charge up when we stop for meals, which keeps us going all day at the parks.

You're going to be outside a lot at the parks, so be prepared for varying weather conditions.  I'm not a big sunglasses guy but many people can't live without them, so don't forget to pack them.  I mentioned sunblock above, and bug spray is also not a bad idea though Disney doesn't have a lot of mosquitos generally.

When it comes to rain, ponchos are your friend.  Order a whole bunch of cheap ones ahead of time - more than you think you need.  Throw a few in your backpack every day before you leave your resort.  It's possible you won't need them, and it's also possible you'll need multiple in the same day.  Similarly, they make shoe covers to keep your feet as dry as possible.  I have a little skepticism about how well they actually work, but if it's raining really hard, it can't hurt to have them.  I know some people use portable fans, but we've never used them, so I can't say anything about them one way or the other.  We do however often bring our Frogg Toggs cooling towels - just wet in a bathroom sink and put around your neck to help beat back some of the oppressive sun.

I didn't actually mention a backpack, but that is a huge must as well.  I use mine for a carry-on for the plane, then switch out anything I don't need when we get to the resort and pack it for the parks.  Generally, we only bring one (and my wife has a small bag for her wallet) but it includes the phone charger, ponchos and a couple of bottles of water that we bring from the resort (I've talked about ordering in groceries before, and this is one of the best uses of that service).  At those colder times of year, we often stuff sweatshirts in here as well.  Carrying a puffy backpack around all day isn't great, and I would recommend using the lockers they have at each park to store those clothes until you need them.

Remember to pack as light as you can for a day of walking but also make sure you have the necessities.  It's a tricky balance but one you get more used to the more often you go to Disney.