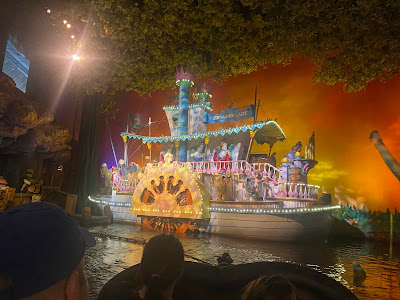 Just as soon as I finished my biggest (and best?) Genie+ post with our recommendation for purchasing it, Disney goes and changes things.  That post ultimately concludes that it is worthwhile (mentally, if not financially) to purchase Genie+ as a length of stay ticket add-on when initially purchasing park tickets (much like a park hopper).  The short version is that having Genie+, particularly during busier times, is better than NOT having it and is probably worth your money.

Well, Disney announced today that starting on June 8, the Genie+ add-on will no longer be available to pre-purchase when you buy your park tickets.  If you have already purchased tickets with Genie+ included, they will be honored. But going forward, the only way to purchase Genie+ will be on a day by day basis the day of your park visit.  Here we'll talk about why this is happening and whether our recommendation changes because of it.

The simplest (and most likely) explanation for this change is that Disney wants to better manage capacity and Genie+ usage.  Language on the official site I posted above says "subject to availability", which is a good catch all phrase that companies often use.  Up to now, though, I am unaware of any situation in which Disney stopped selling Genie+ or limited the sales in any way, simply letting demand dictate usage.  "Subject to availability" suggests that this might change, even if it's not relevant or noticeable on most days.

To me, this says that Disney is still getting dissatisfied customers complaining about not getting as much value for the money they are paying for Genie+.  They had already changed the language on their website to suggest that you should expect to get two to three attractions per day if the "first selection is made early in the day."  This is meant to temper guest expectations about what they can actually do with Genie+, though I thought at the time (and still stand by) that this is Disney under promising so that they can over deliver - you should almost always be able to get more than three attractions done with Genie+; they just might not be the headliner ones you were hoping for.

So this appears to be Disney's way of cutting off supply at a certain point so that the system isn't overwhelmed.  In theory, this will improve the guest experience for both groups of people - those purchasing it should be able to get more done if there are fewer being sold, and those that don't have it should have generally shorter standby lines.  It's always tough to look at any move Disney makes as altruistic, but in this case they are almost certainly leaving money on the table by not making Genie+ available for purchase in advance.  This is similar to moving some rides from ILL to Genie+ during busier times - the net gain should be a more positive guest experience, even if it costs Disney money.

I still question whether this is a good idea for a couple of reasons.  One is that Disney's IT department doesn't have the most stellar track record.  Allowing guests to purchase Genie+ in advance alleviated some of this - guests purchase tickets at all different times, so the system was never overtaxed.  Opening the window to purchase Genie+ each day just means that more people will be trying to access the system at the same time.  I suspect the issue of selling out won't be prominent, as I said above, but there's still a greater chance that there will be crashes and error messages for what should be a simple one click purchase.

To that end, I wonder if Disney changes the time for which Genie+ becomes available.  As of now, you can purchase it on any given day after midnight - essentially as soon as a "new day" starts.  But as long as you have it before 7:00 a.m. (which is when you're most likely making your first selection) there was never an issue.  We set our alarm to get up a few minutes before 7:00 on some days so that we could purchase it and then immediately start making reservations.  Will this prompt more people to flood the system at midnight? I doubt it, but you would be guaranteed to get it if you purchased it as early as possible, which might motivate certain types of people.

The other reason why I question this goes back to my recommendation - if you purchase Genie+ in advance, that money is spent well before your trip.  Making people purchase it day by day will almost surely lead to people balking at having to do so.  The convenience factor is real.  This is why I say Disney is leaving money on the table here.  It's easier to justify a blanket purchase months in advance of your stay rather than having to get up early (or stay up late) and make that conscious choice every day of your trip. 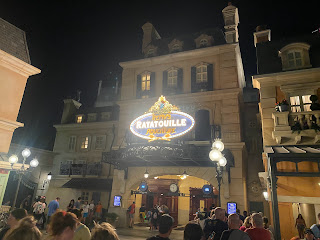 As for our recommendation, this doesn't really change much except for that convenience aspect.  I still posit that it's better to have Genie+ than not have it.  If you're having to pick day by day (and therefore, park by park in most cases), our recommendation has been to purchase it at Magic Kingdom and Hollywood Studios, but not the other parks.  However, Remy's Ratatouille Adventure moving to Genie+ (at least temporarily) and Guardians of the Galaxy: Cosmic Rewind opening soon and taking up a huge footprint in the park, Epcot becomes more viable to use with Genie+.

Guardians can be experienced by virtual queue or ILL, but Remy, Test Track and Frozen Ever After (not to mention Soarin') are now all available on Genie+.  This makes it more akin to Hollywood Studios, in terms of a top heavy lineup.  It remains to be seen how many of these you can actually select in one day with Genie+ but it's likely that with a (theoretically) limited number for sale and more rides to use them on, at least two to three of these headliners will be achievable.  That should make it worth the money.  The only park that still doesn't make a lot of sense for Genie+ is Animal Kingdom, due to its dearth of attractions and its biggest ride behind the ILL paywall.  If there's an easy Genie+ skip on your trip, it would be that park.

Ultimately, this Genie+ system is still new to Disney and they are going to continually make tweaks and changes to the process until they have the optimization they want.  This is a good thing in general.  If they are getting bad feedback, they know there is work to be done.  There are still plenty of features that can and should be added to Genie+ to make it more user friendly. Some of these are discussed in the post I linked at the top of this page. But there should be some add-on for Annual Passholders and there should DEFINITELY be some kind of advantage for on property guests, as FastPass+ used to offer.  Hopefully these are coming in the future to make the Genie+ experience better for all sides.