What Percentage of Guests at Walt Disney World Are First Timers? 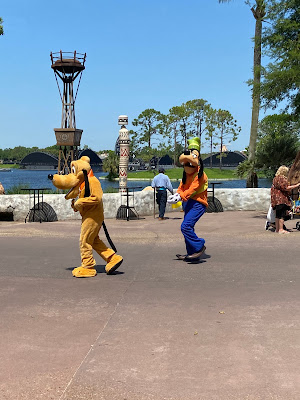 One of the little magical touches I appreciate at WDW is seeing others guests wearing commemorative buttons celebrating special occasions.  There are ones that say Happily Ever After (often applies to couples who were just married, but also anniversaries), Happy Birthday (I recently broke out of my introvert shell to wear one of these in Animal Kingdom and it was a great, uplifting experience) and ones that simply say "Celebrating" with a blank underneath where you can fill in whatever important event is happening in your lift.

The most common buttons by far, though, are ones that simply say First Visit.  You'll often see kids wearing these but I especially love seeing adults with them, as it means they finally got around to that trip they always wanted to take.  These buttons are a signal to cast members (and sometimes other guests) that you are celebrating, and cast members go out of their way to pay special attention to First Visit buttons.  That really adds that extra Disney magic on top of a trip that hopefully is already fun and magical.

Seeing so many of these First Visit buttons recently got me thinking - how many guests visiting Walt Disney World at any one time are first time visitors as opposed to repeat ones?  This question is actually harder to answer than you would think.  One reason for this is that Disney doesn't release numbers for how many guests visit in a given day/month/year.   The revenue is reported (as it has to be in a publicly traded company) but it's hard to glean from that with varying ticket prices, discounts, etc. what it translates to in terms of people.

I did a lot of Google searching and the number I came up with might surprise people - most reports I see estimate that seventy percent of WDW visitors are first timers. Seventy!  I found an old message board post that suggested it used to be eighty, but it makes sense that the number might have come down over time.

Assuming this is accurate, the question you might be asking yourself is how is that possible?  If you're reading a blog such as this one and others like it, you're probably a hardcore Disney fan, one who goes (or at least wants to go) as many times as possible and who is looking for any advantage they can get in order to have a better experience.  Even if seventy percent is high, I still think it's a lot of people.  Readers like you are in the minority, even if it doesn't seem that way within a Disney community, especially online.  This is a true "Disney bubble!"

So let's use that seventy percent as a rough number here.  That means that most guests on any given day are first time visitors.  I think this stands up to scrutiny when you think about how Disney markets itself and the policies it has to favor this exact type of guest.  You would think that local, annual passholder, Disney Vacation Club members who go all the time would be Disney's most loyal guests and therefore given the most advantages and preferential treatment.

This is true, to a degree.  There are plenty of discounts and occasional special events for guests such as these.  But generally, this is not the case.  Annual Passholders only get to make a limited number of park reservations at a time, unless they're staying at a WDW resort.  If I booked a trip right now, I could hold more reservations than your average AP. And think back to the old FastPass+ days - a guest staying on property could book FP's 60 days (plus the length of a stay) ahead of time, thereby taking all the best reservations before locals could even have a chance. 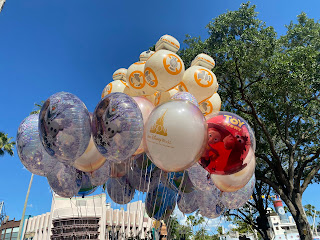 Why does Disney do this?  The most loyal guests are often overlooked for those that have never even been to the parks.  As is often the case, money is a big factor.  A local AP holder who goes to the parks after work to soak up some ambience is going to spend far less in a given day than an out of state first (and maybe only) time visitor who is at the parks all day and is staying in a Disney hotel.  Disney LOVES average guest spend as a measure of success, and that number is broadcast every time they have a quarterly shareholder report.

You might think that it would be impossible for Disney to attract seventy percent new guests each year, but again, you have to think outside the Disney circle for reasons why.  Again, money is a factor here - a trip to Disney World isn't cheap (even someone who loves the parks and wants to spend all of their time there should recognize this).  A family who travels to Walt Disney World likely saves for years before being able to afford it and by the time they would be able to go again, they either don't want to, their kids have grown too much, or they would rather use that money for other things.

This is another point in favor of first time visitors.  Walt Disney World is seen as a desirable destination and any kids who see the commercials on TV (or the internet now, most likely) know that it's a place they want to go.  This leads to Disney as a "rite of passage" trip for many.  If everyone you know is going or has gone, sooner or later you take the plunge as well, even if it's not something you particularly care about, largely so that you and your family get to say you did it.

Many of those guests have no desire to return, and if their kids ask about future trips, they'll say "we've already been there." I know, this is blasphemy!  But I'm simply trying to make the point that there are a lot of people on this planet, and this is how the majority of them treat a trip to Disney.  Again, I suspect most people reading this would disagree.

Personally, I like this demographic breakdown.  It's nice to see people experience that kind of magic for the first time - you only get one chance at that, so I like seeing it through other guests' eyes.  And on a more selfish note, those guests will likely not be savvy visitors. That means more advantages for the regulars and any small advantage can mean a big time savings.  You can't please everyone, and Disney spends of lot of their goodwill on attracting new guests.  As long as the rest of us still get to go, that's fine by me.