How To Schedule Your Park Days 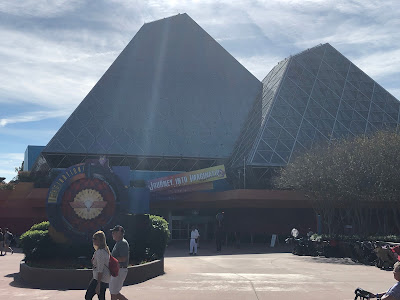 Planning a trip to Walt Disney World can be a large undertaking.  As much as I love to plan, I can understand why so many people don't want to worry about this kind of thing leading up to their vacation.  I often say something like this when asked about planning a trip - you can just show up and still have a good time, but Disney favors the planner.

And in the current environment, you can't just "show up" without doing at least a few things first.  We won't really talk about hotels or park tickets here (I've done that in plenty of other places) but with the continued use of the park reservation system, you have to at least know ahead of time which park you want to visit on which day.  There's always a chance that you can switch parks at the last minute, but I certainly wouldn't count on it - just make sure you have SOMETHING.

So how do you put together a plan for which parks on which days?  As is often the case on this site, I'm going to write as if you're planning a week long trip.  That is usually the standard for most people, and it comes with its own pitfalls in terms of figuring out what to do and when to do it.  Obviously a lot of this is subjective, but it can be useful when everything seems overwhelming.

First thing's first - if you don't know exactly when you want to go, but have a ballpark timeframe, it can be a good idea to look back at the past few years and see if one week is better than others.  And by "better", I mean crowd levels and even possibly weather.  Touring Plans is always a good place to start, as they have crowd data going back for years.

Often if you have a season in mind but not a specific week, the differences in crowds won't be very large.  And if you're locked into a school break, just make sure you're looking at the correct "week" - Easter moves around a lot, for example, so looking at early April one year won't really tell you anything if that wasn't a holiday week.  Compare apples to apples, in other words.

Take advantage of any crowd beaters:

We've talked plenty on this site about Extended Evening Hours, which as of now is still the best way to see the parks with lower crowds.  But there are other alternatives, depending on the time of year and what resort you're using - Disney After Hours are back in 2023, for example.  Similar to EEH, After Hours are only offered on certain dates (and in that case, comes with a separate charge).  Early park entry is available to on site guests, and while those DON'T have date restrictions (every park is open thirty minutes early to resort guests every day), you can still factor that in depending on which dates you're visiting and how early you can wake up.

There are also holiday parties.  As we've written here before, you'll find the lowest daytime crowds at Magic Kingdom on a party night.  So take a look at the schedule, and try to plan your Magic Kingdom day(s) around the parties.  Similarly, take advantage of EEH or DAH nights at one of the parks and plan your days around that (Magic Kingdom usually has EEH on Wednesdays, so you can start elsewhere and hop later to avoid crowds, or just spend the day there, taking a break as necessary).  Then you can fill in the dates around this schedule.

Don't run yourself into the ground:

This is a good lesson to learn while planning - everything looks better on paper.  It's easy to sit and write out a plan that has you staying out until midnight or later to take advantage of low crowds at Magic Kingdom, then waking up and hitting Animal Kingdom by 7:00 a.m. the next day before the rush hits there.  But in practice, this can be difficult to pull off, especially if you've exhausted yourself walking around the parks for days on end.

To that effect, a good rule of thumb is to try to avoid back to back late nights and early mornings.  One or the other is great, but both, with little downtime for, you know, sleeping, can make for a tiring and cranky day.  If you have a really late night, plan to sleep in a little and go to the park later the next day.  If you've already gotten up early and know you have a late night ahead of you, build in a break midday for a nap or pool/air conditioning time.  Your body will thank you later.

Some people plan specific "pool days" on their trip.  To each their own, but that is not our recommendation here.  You're paying too much to visit Disney and a day at the resort only eats up too much of your valuable time.  You may feel differently, and in that case, a resort day is a good idea after a particularly long and/or late night.  A later start, a midday break or an early night are good ways to recharge if you are going to the parks every day.

Figure out how much time you want in each park:

Look, we all have our favorite parks, even if we love all of them.  The reality is that it's not practical to spend an equal amount of time at all of the parks.  Animal Kingdom can be accomplished in less than one whole day, while Magic Kingdom is better over at least two days.  But again, your mileage may vary - if you love one park more than the others, make sure you plan more time there.

On a related note, this favoritism can help determine what resort you want to book.  If you always want to end your night at Epcot, for example, staying at one of the Crescent Lake resorts makes a lot of sense, as it will be easier to come and go from there.  If you're going to be at Magic Kingdom more than any other park, staying on the monorail loop (or in the case of the Contemporary, easy walking distance) will make your life easier.

If your time is fairly evenly distributed though, think about what parks you want to visit on any given day.  If you don't have park hoppers, this is a moot point.  But if you're taking a midday break and going to a different park for the evening, I would try to use my resort to my advantage.  Why take two long, crowded bus rides to different parks on one day when you can take one bus ride and one monorail/boat/Skyliner/walking trip for the second one?  This is another way to minimize stress while going from place to place. 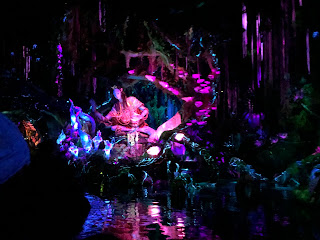 Back in my day (like a few years ago), so much of your park planning was done around FastPass+ reservations.  I tried to backload my trip with parks containing the rides that were hardest to get.  For example, we made our Animal Kingdom day in 2018 the last day of our trip because it gave us a better chance of getting a FP+ for Flight of Passage (spoiler alert: it worked).

With the advent of Genie+, this isn't as much of a concern anymore.  But there is still something that you can book well in advance (60 days to be exact) and that's Advance Dining Reservations (ADRs).  While this isn't as competitive as the old FP+ days, there are still some very in demand restaurants that you have a better chance of getting the further away from 60 days you go.  We attempted to do this with Space 220 on our last trip, putting Epcot near the end (spoiler alert: it didn't work).

I'm not saying you should base your whole trip around your ADRs.  But if you have some restaurants that you MUST have, give yourself the best chance of getting them by putting them towards the end of your trip.  With park hoppers, you have more flexibility to go to a different park if necessary.  It's just something else to keep in mind while figuring our your park days.

This last one is more of a suggestion than anything else. But I find that my favorite times at any park are early in the morning or late at night.  So I try to plan to rope drop every park at least once and close down every park at least once per trip.  That way, you get to see the parks at all different times of day.  We neglected to stay late at Animal Kingdom on our last trip, and I felt bad about that.

This is where park hoppers come in handy again - start at one park, take a break and end up somewhere else.  This gives you the opportunity to see each park in a new light (so to speak).  If you don't have hoppers, this can still work - just plan on taking a break midday and going back later.  You'll miss the most crowded (and hot) part of the day that way anyway.

There are no real rules here in planning your park days.  But these are all things to consider so that you don't overwork yourself, or find yourself spending too much time going back and forth.