Will Iger's "Alarm" At Price Increases Mean Anything? 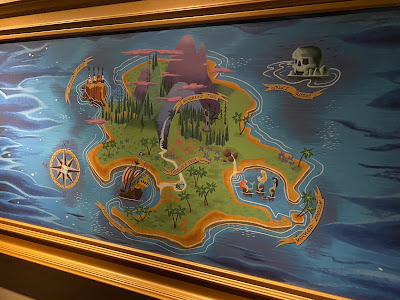 Last week, we wrote about the surprise ousting of Bob Chapek as Disney CEO, and the return of the prodigal son himself, Bob Iger, to his old position.  I made a note at the time saying that this isn't normally the type of content I talk about on this blog, but since it affected the company as a whole (which includes theme parks) and because it was such a major event, I felt that I had to talk about it.

Since that time, a lot more has been said about Iger's return, with details slowing leaking to various media outlets.  I didn't feel compelled to update the original story or write further, since the details were largely the same as the big picture - Iger and Chapek didn't get along, Disney's last investment call was a mess, the board of directors lost faith in Chapek and asked Iger to return.  Of course, these news tidbits all appear to have come from Iger's side, with Chapek being noticeably (and perhaps incentivized by an NDA) quiet.  Again, I hope this book is written in full one day but for now, this is the long and short of it.

As it relates to the theme parks, there was one quote attributed to Iger published in the Wall Street Journal and reposted many places in the subsequent days - I posted a link to Business Insider in case you are paywalled by the WSJ.  This might just be a throwaway quote that amounts to nothing, but it was the one piece of this that caught my attention and I began to think about if and how this would impact future visitors to WDW.

Bob Iger is reportedly alarmed at the rising prices in Disney parks.  Iger is quoted as saying that Chapek was "killing the soul of the company", and that the focus on streaming under Chapek was to the detriment of other divisions, including the parks. The word in the quote that stands out to me is "alarmed."  Again, maybe that's nothing or it's out of context. But as a fan of the parks, it's probably music to your ears to see these words in print.

Will there be any material change to the cost of going to the parks? That's the real question here.  First, it's certainly true that most of the recent changes that parks fans have complained about have come under Chapek - increased ticket prices, Genie+ - a paid service - replacing the previously free FastPass+, the elimination of Disney's Magical Express, etc.  I've used the words "nickel and diming" on this blog and these and many others are examples of this.

To be fair, prices increased under Iger as well - there was an annual ritual where Disney would announce increases to its park tickets.  So Iger isn't entirely blameless here.  Increases are a part of life, especially as inflation has taken over.  Would that have been different under Iger?  If so, there's no way to quantify it.

The more interesting aspect of the pricing is all of that other stuff.  That quote is vague enough as to be unclear whether this is what Iger is referring to, but Genie+ is certainly a part of parks pricing now, as it is trumpeted as a success on earnings calls.  So let's assume this is included in Iger's "alarm".  Under Iger, there was no paid service like Genie+ or ILL, but there had been rumors of paid FastPass for years.  Was this just inevitable or was Iger keeping that at bay despite internal pressure from the board and other executives? There's no way to be sure of that either, but what happens next will begin to answer that question. 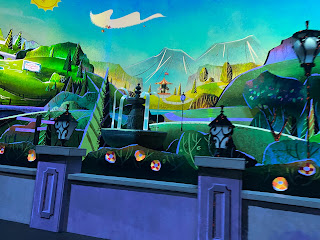 Disney - the company - talks about average guest spending as a major metric for its success in the parks.  This is the icky corporate stuff, things that appeal to investors but make the average guests feel like they are nothing but numbers.  Chapek's robotic delivery didn't dissuade anyone of this notion, where Iger had a way of appealing to emotion on that front.

On a somewhat related note, one of the first things Iger did when returning as CEO was to fire Kareem Daniel, who was the head of Disney Media and Entertainment Distribution (DMED).  That division of the company was responsible for the biggest loss during the most recent earnings calls.  I mention this because between that and the change in the streaming market, this is where Disney is losing its money.  Increases in guest spending in the parks was touted because this offset a lot of Disney's losses.  The more a guest would spend - due to increases in ticket and food pricing, Genie+, etc, the better Disney looked.

Will that still be the case under Iger's new regime?  I have to think that an increased focus on profitability elsewhere will take some of the burden off of parks.  If that's the case, maybe this metric won't be as important to Disney going forward, allowing for some "wiggle room" when it comes to increases in park pricing.  That's my optimism coming through I guess.

Now that Genie+ has been introduced, investors expect income from that service.  It would be difficult at best for Iger to reverse that, even if he wanted to.  To put it another way, you can't put the genie back in the bottle (thanks, I'll be here all week).  One easy fix he COULD implement, however, would be the reversal of the recent "date based pricing" for Genie, that has seen the cost soar well above its original $15 per person per day pricing.  I don't pretend to know whether this would be a net positive for Disney, but on the surface, telling guests that this price is going to be the same as it was earlier in the year no matter what time they visit is a good public relations win.

Another layup would be to not implement the recent ticket pricing increase that was announced right before Chapek's departure.  It would be easy for Iger to sell this to investors as taking a step back and reexamining where the company is before making any pricing decisions.  It would also appeal to guests since it was already announced - it would be like getting a discount!

Disney has an uphill battle to climb either way, as guest satisfaction is down and pricing continues to increase.  I and others have lamented Disney's obsession with short term profit to investors over long term relationships with guests.  That might be coming to a head given the economic climate.  Iger has work to do, but as I said, he has some easy options to score (more) points with Disney fans that wouldn't hurt the company very much in the short term.

I suspect that Genie+ is here to stay and ticket prices will increase with the economy regardless of Iger being in control or not.  If Iger is truly "alarmed" about the high prices though, the things he can do will probably not be as visible to the average guest - lower than "normal" increases, and better utilization of the paid Genie system.  This might not have guests jumping for joy but considering the average guest opinion of Chapek was poor, Iger doesn't have a very high bar to clear to win them over.