Bob Chapek Out, Bob Iger Returns To Disney As CEO 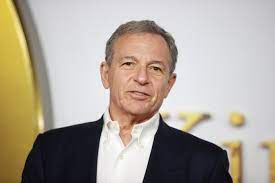 In a shocking announcement late last night, Bob Iger is returning to The Walt Disney Company as CEO, effective immediately.  He replaces Bob Chapek, who had been in the position since Iger's resignation in February of 2020.  This post will talk about the timeline of what happened, and what it may mean for the future of the company.

This blog normally focuses exclusively on Walt Disney World, namely the parks and resorts that are encompassed within.  There is a ton of other Disney news beyond that scope, and I try to stay away from these things, as I like the focus to just be on the parks, specifically in Florida, where I have the most expertise.  But this story is so indelibly tied up into the parks, and creates such a ripple effect on the company in general, that I felt it was worth doing a dive to talk about how we ended up here.

Robert Iger had been the president of ABC television in the mid-nineties, before Disney acquired that company.  He was named president of Disney in 2000, and took over the position of CEO from Michael Eisner in 2005.  He held that position until 2020, the timing of which we'll discuss below.  Iger did plenty in his fifteen years as CEO, but his most notable claims to fame were the acquisition of various intellectual properties that have now become synonymous with Disney - Pixar, Marvel and Lucasfilm.

Iger had a generally successful run as CEO, and is well liked and well regarded by the company, its investors and Disney fans alike.  This is a contrast to how Bob Chapek is regarded.  Chapek started in the Disney company in 1993 and worked his way up the ladder.  He became chairman of Walt Disney Parks and Resorts in 2015, and then took over the CEO position in 2020.

Many Disney fans, correctly or not, have a poor view of Chapek, who, in their opinion, has "ruined" the parks experience in his time.  The new chairman of Parks and Resorts (or whatever they call it nowadays) is Josh D'Amaro, who in contrast is regarded as a parks savior, a "real fan" who "understands" what other fans want.

These perceptions are not reality, but it got to the point where everything bad that happened in the parks division was blamed on Chapek (at least in the court of public opinion) and everything good that happened was credited to D'Amaro, when there was probably a lot of crossover there.  I mention this, because this is similar to how people perceive Chapek and Iger in terms of the company as a whole.

When Iger decided to step down, it was announced on February 25, 2020.  He remained as a member of the board of directors, and the executive chairman through the end of 2021, which apparently had been his plan all along.  So why then did he step down from his role of CEO?  There was speculation at the time that Iger saw the writing on the wall when it came to Covid-19.  By February, Covid had been only a blip on the radar for most Americans, but it had already begun to impact operations of the international parks.

I don't think Iger knew exactly what was coming - if so, he was the only one.  But there is a line of thought that Iger knew there would be a significant impact to the company for a while, and he didn't want to be the one in the line of fire when things started to go south.  Chapek was moved up to "take the fall" so to speak.  I don't know if I believe this, but the timing and abruptness of Iger's announcement is certainly suspect.

At this time, Iger and Chapek were on good terms, from all reports.  Chapek was Iger's hand picked successor and they all said the right things.  But this quickly went sour when Iger was quoted by the New York Times in April 2020, as saying he would stick around to help Chapek during this pandemic era.  Allegedly, Chapek was upset with this, as it made him look weak, and continue to play the second fiddle to Iger, even though he was now CEO of one of the most powerful companies on Earth. 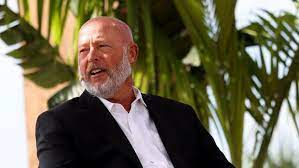 Whatever the case, this was the beginning of the end of Iger and Chapek's relationship.  As noted above, the public was very much on Iger's side during this split, painting Chapek as the bad guy.  This wasn't helped by Chapek clashing with Scarlett Johansson over her contract and then with Florida Governor Ron DeSantis over Florida's "Don't Say Gay" legislation.  That latter one managed to annoy both the conservative governor AND the liberal LGBQT community in turn.  Not a great look for a company that has largely been apolitical.

Again, whether this is fair to Chapek is a good question, but also one that doesn't really matter when it comes to the thing Disney as a company cares about most - its stock price.  When Disney reported on its fourth quarter earnings in early November, the company fell short of Wall Street's projections, causing an 8% dip in its stock immediately following this announcement.

Despite eye-popping numbers in the billions, if Wall Street wasn't confident in Disney as an investment, this hurts the company.  One thing to take from this is that investors generally react to HOW something is being presented rather than WHAT is being presented.  And in this way, Chapek falls short of Iger.  Chapek comes across as alternately robotic and confrontational, where Iger was always considered warm and in control.  Perception can be reality here, and I can't help but think that this change was made to put a familiar face back in control of the company (and indeed, Disney's stock price jumped in premarket trading on Monday morning).

I'm not necessarily trying to paint Chapek as a sympathetic figure here - he's done well for himself, earning $32.5 million last year alone.  And this doesn't even mention that Disney's board recently voted to extend Chapek's contract as CEO through July 2025.  I don't know all the machinations of how this works in the business world, but it seems like Chapek is due for a large buyout here.  Was he always set up to be the pandemic fall guy?  I'm not sure, but again, Iger riding in now to save the company is exactly the kind of thing Chapek was concerned about when he took over.

Iger is due to be CEO for the next two years now before a replacement is found, though this was similar to the scenario leading up to Chapek's appointment, as Iger had delayed his retirement multiple times.  It remains to be seen whether this will play out the same way again.  Iger is seventy years old, and certainly doesn't need the money at this point.

So what does this all mean for Disney as a company, and specifically for the parks division?  It's hard to say at this point.  Chapek's tenure certainly left a bad taste in many investors' mouths, with Jim Cramer even recently calling for him to be fired (I guess they listened!).  Iger is a familiar face and presence, which will likely help the company in the short term.  Disney's business model largely revolves around Disney+ at this point, and the success (or lack thereof) for the streaming service will be the biggest factor in how the company looks going forward.

And as the company goes, so does the parks and resorts division.  They have largely been thriving in this post-Covid environment, though they also have had the benefit of this occurring while guests had pent up demand (and money) to spend on a Disney vacation.  If the country is indeed heading for a recession, how the parks division weathers that storm is going to be a big topic for the next few years.  The appearance of discounts recently suggest that Disney is preparing for such an eventuality, and I wonder if all of the nickel and diming Disney has done in recent years will come back to haunt them in that case.  I don't want to see anything bad happen to the parks I love so much, but a little humility and adversity may help Disney remember why the parks exist in the first place.

I also don't think it's fair to say that Chapek alone created all of the recent public perception problems with the Disney parks.  Things like Genie+, higher ticket prices, elimination of "freebies" like Magical Express, etc., probably would have happened anyway under Iger (or someone else).  But Iger's return gives the company a chance to reset and if things turn in a positive direction, this by extension makes Chapek the fall guy he was (knowingly or not) set up to be for the last two years.

Bob Iger's return is a major story, not just for Disney but for Wall Street.  One day, I hope a book will be written about this time where the "real story" would come out.  For now, I just hope that Iger has a care for the Disney parks, and reverses some of the bad feeling and hostility among Disney's biggest fans.  If anyone is up to the task, it would be him.