Top Five "Under The Radar" Attractions 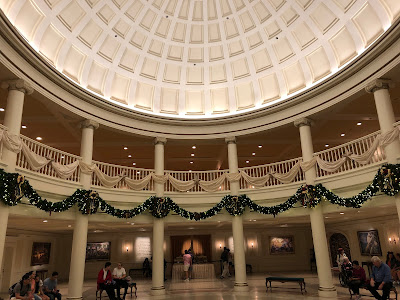 If you're planning a Walt Disney World trip, you're probably thinking about all of the major "headliner" attractions that you want to do.  Think about the Individual Lightning Lanes (ILL) for starters - who doesn't want to ride Seven Dwarfs Mine Train, Guardians of the Galaxy: Cosmic Rewind, Star Wars: Rise of the Resistance and Avatar Flight of Passage?  That's why they charge you more for those!

And not just those rides - even besides Guardians, when you think about Epcot, you probably think of the next trio of rides - Remy's Ratatouille Adventure, Test Track and Frozen Ever After. The same holds true in all of the parks.  These are the rides that cost you time, money (or both), and involve planning your day around.  What do we have to rope drop?  How long is a good wait for Na'vi River Journey?
Don't get me wrong - these are all great, worthwhile attractions that make Disney the best in the business. But there are plenty of other rides that don't attract this kind of attention and don't require a spreadsheet to plan around.  These are rides that you can often get on with little to no wait and they provide the same quintessential Disney experience without all the stress.  Maybe this is how it used to be, or maybe it's how it is in smaller parks throughout the country (in general, I wouldn't know).
I refer to these as "under the radar" attractions.  There isn't a great way to define what I mean, but I'm hoping you get the point.  Some of these are overlooked because they're older, or not as exciting/thrilling as some of their newer counterparts.  Some people consider these "lesser" than the headliners but I propose that this isn't the case.  In fact, people are more likely to be disappointed after spending all of their time and money for say, Slinky Dog Dash (no disrespect intended) by saying "that's it?"  If you only had to wait twenty minutes for a similar ride, your expectation level would probably be different. That being said, let's look at some of my favorite under the radar attractions.
5. The American Adventure (Epcot)
World Showcase at Epcot is set up in a symmetrical way - when you first enter, there are five countries to your left and five to your right.  The eleventh country is directly across from you, representing America.  The showcase attraction here is The American Adventure, an animatronic odyssey that takes you (briefly) through American history.
People have a tendency to gloss over this one nowadays, probably because it seems too educational (dare I say "boring") or because they saw it years ago and don't feel like sitting through another showing of it now.  But that's doing it a disservice, as it is a patriotic piece with some really high level Imagineering going on.  Their loss, though, as this attraction tends to draw low crowds and you can show up right before it starts and grab a seat.  Getting off your feet and learning about American history is not the worst way to spend your time.
4. Star Tours: The Adventures Continue (Hollywood Studios)
There was a time when Star Tours was a major draw to Hollywood Studios, being the first Star Wars and Disney collaboration back in the 80's.  That was a long time ago, though, and as that park has expanded, many newer, shinier rides have been built.  These include not one but two rides in Star Wars Galaxy's Edge, a land dedicated entirely to that universe.  Star Tours is not even in Galaxy's Edge and as such, is easy to be overlooked in today's day and age.
But this one still delivers.  Millennium Falcon: Smuggler's Run is supposed to be a high tech, more immersive version of this ride but I prefer the original, all things being equal. Add in the longer wait times for the Falcon and how you can fit in Star Tours easily (perhaps multiple times) during a day and it's an easy win for the elder statesman here.  Riding it more than once pays off as well, since there are multiple versions of the story that you can see at any given time.  I'd be hard pressed to remember a time where I saw the same scenes twice in one day.  This one is still a winner. 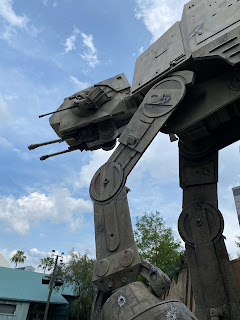 3. Living With The Land (Epcot)
This attraction is housed in the Land pavilion, where the big draw (with good reason) is Soarin' Around The World.  But right next door is this hidden gem, Living With The Land.  I'm a sucker for a good slow moving boat ride at Disney type of attraction and this fits the bill.  There's often little to no line for this one, even in busy times.
This is one of the last remaining "edutainment" rides at Epcot, and it takes you through some agricultural history before showing you all of the various foods that Disney grows on property.  Many of these are used in restaurants around the resort, while other areas showcase cutting edge techniques that make farming more efficient.  It's a nice, low key way to spend some time at this park and you just might learn something while you're at it.
2. Tomorrowland Transit Authority Peoplemover (Magic Kingdom)
I debated whether to include this one here, because the Peoplemover has its own almost cult-like devotion, which might exclude it from being considered "under the radar."  But just because hardcore Disney fans love it doesn't mean that most people even think about it when discussing their favorites, so I think it qualifies.
This is not a thrill ride by any means, but it is a lovely way to get a tour of Tomorrowland, which is worth something in and of itself.  This works particularly well at night as that land really comes alive in all of its neon glory then.  But it's a nice relaxing way to get off your feet at any time of day, and very rarely has a long line.  Paging Mr. Morrow - please confirm your flight to the moon.
1. Gran Fiesta Tour Starring The Three Caballeros (Epcot)
This attraction is a pretty basic one by Disney standards, but it fits the mold of the classic dark ride which made Disney famous.  Is there a reason Peter Pan's Flight at Magic Kingdom is always mobbed but the Gran Fiesta Tour is often overlooked?  I know Peter Pan is a big deal but this ride features one of the legacy characters in Donald Duck, and the line to meet him in this area is often backed up around the corner.  People still love the duck, so what gives here?
I really think people simply forget this ride exists.  It's inside the Mexico pavilion, meaning you have to go out of your way to find it.  And there's nothing particularly novel about it.  But entering that pavilion to get out of the sun is practically an Epcot ritual, and this queue is usually not very long.  Once on the boat, you get a great view of the inside of the pavilion from a unique perspective, and then get to follow Donald and his friends on a zany adventure culminating in a concert performance.  What's not to like? I know Frozen Ever After is just one pavilion over, but is it five times better (given their usual wait times) than this ride?
As I said above, sometimes these overlooked rides can provide more bang for your buck than their more decorated counterparts.  I often find that the quieter moments at Disney are what makes a trip, and these often lend themselves to those moments.  Just because something doesn't have a big crowd doesn't mean it's not a worthwhile attraction.  Next time, make sure to check these out instead of walking past them.
at December 21, 2022