Can You Really "Do It All" at Walt Disney World? 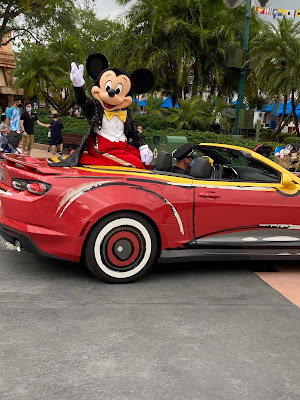 A common question I see regarding Walt Disney World vacations is, “How long does it take to do everything?”  I’m always tempted to answer something like, “I’m not sure anyone’s EVER done EVERYTHING” but that sounds negative and discouraging.  Truly, though, Walt Disney World is a vast resort, encompassing theme parks, water parks, resort hotels, restaurants, golf courses … the list goes on.  Think about trying to eat every dish served at every eatery throughout the resort – it would take many months if not years, and while some people have made careers out of such endeavors, the average vacationing guest can only sample a small fraction of them.

When that question gets asked, the person asking is usually referring to only the attractions and such in the theme parks.  Most average guests aren’t going to care that they’re serving a new sandwich at Tortuga Tavern (though maybe they should).  So the parks and their attractions are what we’re going to focus on in this post.

The question of how much a person can accomplish on a Disney vacation usually begins with how long they’ll need the trip to be.  This makes sense, as that’s one of the first things you would have to figure out and book so you don’t want to book too few or too many (if there can be such a thing) days in the parks.  My general rule of thumb is that you need a day in each of Epcot, Hollywood Studios and Animal Kingdom, and two days at Magic Kingdom.  Some quick math will tell you that means five full days, minimum.  There’s some wiggle room there, at either end – one could make the case that Animal Kingdom as it currently stands can be done in a half day if you have an efficient plan, or that you don’t really need two full days to cover Magic Kingdom.  On the other hand, maybe you like your vacations to be at a more relaxed pace (I wouldn’t know anything about that!) and don’t want to push hard every day, in which case you might need more days so that you can do a little at a time in the parks.  Another rule of thumb we have in our household is that if we’re paying all this money to vacation at Walt Disney World, we want to spend as much time as possible in the parks.  You can go to a pool in any hotel in the world – you can’t go to Magic Kingdom anywhere but Florida.  In other words, for Disney, time is money and you can quickly run out of both.

Given all that, I circle back to my idea of five full days in the parks, however you want to divide them – if you go for seven days, maybe you want one full “pool day” or maybe you want a few half days to add up to one full one.  I’m also going to assume that you don’t have unlimited vacation time or resources, so a shorter duration for a trip probably makes common sense.

So let’s say you have five days in the parks, give or take.  Is that enough to do “everything”? I don’t want to be a downer but the answer is still probably no.  Largely that’s because attractions are often down, either for scheduled maintenance (often long term) or because there’s a mechanical issue that needs to get fixed (which can happen at any time).  If you only have one day at Epcot and Test Track is down all day, you’re probably just out of luck.  We talked about different ticket options in a separate post, and this is a case where park hopper tickets would be useful to you, so you can go back and potentially pick up any attractions you missed on the day you devoted to a particular park.

Your ability to do it all is also dependent on the people in your party – if you have small kids, you might not be able to ride everything you want since they might not want to ride, or aren’t tall enough to do so.  Rider swap is a useful feature in this case.  Your party might also have particular likes and dislikes – if you have two little girls, for example, they might be very interested in anything having to do with princesses and less interested in Star Wars (this isn’t a one size fits all situation – I know plenty of girls that would have the exact opposite priorities).

Assuming you want to hit the “headliner” attractions at each park, though, that CAN be done with a decent strategy.  Headliner attractions are often the newest and/or most impressive rides in a given park.  In order to maximize your day, you’re going to need to prioritize.  I’m making the assumption here that you want to do all of these headliners; if you don’t, your park strategy will be easier to navigate (and you probably aren’t reading a guide asking if you can do everything on your trip …)

If you’re interested in the headliners, it’s always good to prioritize those in your daily plan, then work other attractions around those. For Epcot, the most popular attractions right now are Remy’s Ratatouille Adventure, Test Track and Frozen Ever After.  Soarin’ Around the World is right up there, though I suspect slightly less popular than it used to be.  Spaceship Earth is also always popular, given its placement in the park and the fact that the ride is in the iconic geodesic dome.  Can you do all of these in one day? Of course!  Remy and Frozen Ever After right now are party of Disney’s Genie+ Individual Attraction Access, meaning you can pay individually for these rides in order to bypass most of the line (the other rides are part of the Genie+ $15 per person flat fee per day; I don’t have room in this post to debate whether this is a good value or not). This was only a basic example - I have more specific strategies on this site - just check the sidebar for each individual park.

For the purposes of this piece, I’ll assume you are not buying your way out of a line – if you are, that again makes the strategy easier.  As of this writing, Remy is not available to ride via standby but instead by virtual queue, which can be booked the morning of your Epcot day.  This may change, but as of now is actually an advantage – if you’re quick and determined, you can likely snag a spot in the virtual queue, giving you a return time for later in the day.  You can then rope drop Test Track, for example, and you have now successfully ridden or at least reserved a spot in the two most popular attractions at the park.  You don’t have to rush around to all the headliners first thing, though the basic strategy of arriving early and staying late still applies, as always.  If you really want to ride Living With the Land, for example, that is a much easier ride to get on than anything listed above and you can do it anytime during the day that you have spare time (before or after Soarin’ is a good recommendation, given their proximity to each other).

For Hollywood Studios and Animal Kingdom, the strategy is much the same – rope drop one of the more popular attractions first, do another one towards the end of your day and monitor wait times throughout the day otherwise.  Again, only you know what attractions you want to prioritize.  In Animal Kingdom, for example, Avatar Flight of Passage is as close to a must do as a ride can be.  You can either buy your way into a shorter line or rope drop it. However, just about everyone in the park will be rope dropping that ride, so it can also benefit you to knock out a couple of the other headliners early and save Flight of Passage for the end of the day. 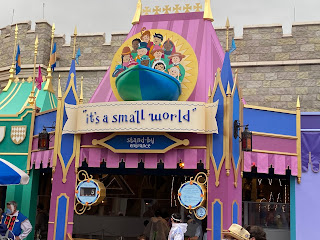 The most difficult park to plan around is Magic Kingdom, due to its large number of attractions.  This is why I suggested having two days at this park.  There is the most to do and it can be overwhelming to try to fit it all in one day.  We often try to divide the park in half, doing the left side (Adventureland and Frontierland) one day and the right side (Fantasyland and Tomorrowland) the other.  I’ve found that if you start on the left side, you can usually knock out most of the bigger attractions early and even work your way back to Tomorrowland to get most of those rides done (essentially it’s more like splitting the park 70/30 instead of 50/50, if you leave Fantasyland for the second day).  This way, your time in Fantasyland (usually the most popular section of the park, especially with little kids) won’t feel as rushed and you’ll have time to go back to your favorite attractions if you have time.

The other three parks often have two or three headliner rides with a lot of smaller stuff in between; Magic Kingdom is much more evenly distributed, even if each “land” has their own big draw or two.  The only really difficult attraction to plan around right now is Seven Dwarfs Mine Train – much like Flight of Passage, this will be where most people are headed in the morning.  If you do anything else, you’ll get far more done earlier.  If Mine Train is an absolute must do, it can be better saved for the evening (even during fireworks) or later in the afternoon when it looks like the line isn’t too bad.

These are just the basics (I’m working on more detailed park specific strategies) but you will be able to accomplish anything you want to do if you follow this advice.  Attraction breakdowns or bad weather can create unforeseen circumstances, but if you prioritize what you want to do and work your way through it in a way that makes sense, you should be able to do everything, or at least “everything.”