Should You Take Your Kids Out of School For a Trip to WDW? 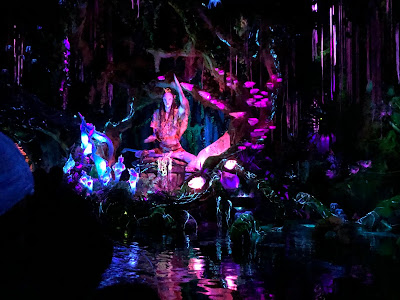 A topic I see debated frequently when it comes to taking trips to Walt Disney World is whether you should take your kids out of school for your vacation.  In another post, we discussed the best and worst times of year to go to WDW.  Some of the times of year with the lowest crowds are actually during the summers, when children are off from school.  If that’s the case, why would you ever feel the need to pull your kids from school just for a vacation?

Well, part of it comes from the other half of that “best times to go” post – the weather.  If you don’t want to walk around the surface of the sun (aka, central Florida in the summer) or deal with potential hurricanes, you’re probably not going to want to go to Walt Disney World during that time of year.  And while there are other school breaks and such, as discussed in that post, those typically have the highest crowds in any given year.

In fact, the recommendations in that post are all times in which kids WOULD be in school, with low crowds and generally favorable weather.  I generally fall into the category of “so what if the kids miss a little school?” so I’m going to lean heavily on those experiences here.  But as I’ve said before and I’m sure I will again – you know your kids better than I do.  Perhaps for some people, kids missing time from school is a deal breaker and not worth the hassle.  And for others, they know their kids are quick learners and can make up the work they’ll miss with ease.  Both sides have validity here.

For us, we made the decision when we started planning our first family trip to Walt Disney World a few years ago that we would be okay with the kids missing a week of school.  Our son was in third grade at the time and our daughter was in kindergarten.  We planned a trip for the week after Thanksgiving that year, the last week of November.  The kids had only been in school for a few months, so that gave us a little pause, but we knew they could both handle missing some work (especially our little one – kindergarten is a valuable social learning year, but in terms of actual schoolwork, we figured there wouldn’t be all that much.  And we were proven correct).  For our efforts, we were rewarded with lower crowds (often in the 4-5 range according to Touring Plans) and lovely weather that was actually downright chilly in the evenings. That, combined with the Christmas decorations and atmosphere, made it a fantastic trip and a wonderful introduction to Disney for our kids.

They were able to easily get back on track when we returned and within a week, things were back to normal. Of course, not two months later, our son was hospitalized with a ruptured appendix and missed another week of school.  Obviously we didn’t know that would happen when we planned the trip! But he was able to make that up as well (and those were considered “excused” absences, unlike our vacation).  In other words, even with an unexpected life event, we don’t regret taking them out of school for a second.

In fact, we felt that it went so well that we were willing to take them out of school again for our next trip. Of course, that trip got canceled due to Covid but we rescheduled for a similar time, mid-April this year. This was two weeks after Easter break, and our kids were now in fifth and second grade respectively.  I had a little more trepidation about pulling them from school for this trip, since now that our son was nearing the end of his elementary school years, the work was harder and more intense and we worried a bit about missing it (remember, this trip should have been when they were in first and fourth grade, which seemed much younger at the time we booked it).

Our biggest fear in this particular case though revolved around Covid, and the protocols we would need to follow to return to our state and our school. Fortunately, things were taking a turn for the better in the world at large and we weren’t forced to quarantine upon our return.  Though of course, fate played a trick on us the week before we left and my son’s class had to go remote due to a positive Covid case.  We couldn’t risk incurring the wrath of our state health department, so we made the decision to voluntarily pull our daughter out of school that week as well.  So while he worked remotely and that counted as being in class, she had two weeks of unexcused absences on her record.  Oops!  But again, much like our earlier case, she made up the work with ease and it all worked out.  We once again had a wonderful, low crowd trip (though obviously given the capacity restrictions and other closures, this wasn’t a “normal” trip by any means) and got to see the parks in spring, including the Flower and Garden Festival at Epcot. 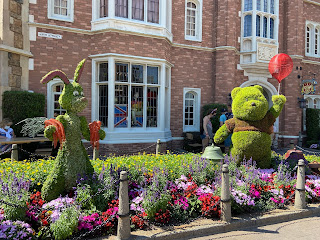 While I am very behind the idea of taking the kids out of school (as you can see), we made the decision that we were NOT going to do it again.  Why?  At this point, our son started middle school, and while he remains smart and hard working, it seemed much more daunting to have him miss all of those classes with all of his different teachers (explaining your plans to one teacher is a much easier proposition than explaining it to about seven of them).  So it’s back to school break times for us.  As I said, your situation may be different but age and ability of the children absolutely is a factor.

If you do decide to take your kids out of school for a trip, you can try to sell it to the teacher and/or principle about what an educational experience it would be.  Even if that’s a SLIGHT exaggeration, there is a lot to learn from being there, especially at Epcot with all the different cultures represented.  I’ve found that our kids use these trips as great topics for essays and other school work, so I guess in a way, it did help their education!  You might also need to consider whether your school has any particular rules about unexcused absences before you go – some places are much stricter than others.

In any case, I hope that our experience helps assuage some fears you might have about planning a trip during the school year.  Somehow, especially with little kids, the trip is even more magical when they’re learning and having fun at Walt Disney World instead of their classroom.