The Best And Worst Times To Visit Walt Disney World 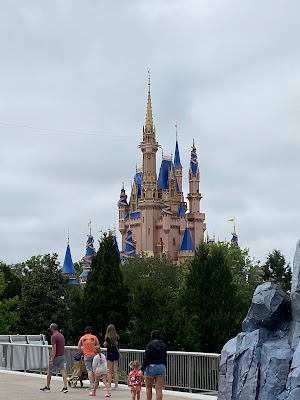 When you’re dreaming about a trip to Walt Disney World, one of the first steps in making that dream a reality is to decide when you want to visit.  So many of the other things you need to book (air fare, hotel, etc) have to wait until you know the days that you’re going.  This can be a big decision and not an easy one.  There are many factors at play that can help determine the best time for your trip.  The two largest factors, which will be discussed at length here, are weather and crowds.  Let’s take a look at those.

I don’t think this will come as any surprise to anyone reading this, but Florida can be HOT.  Depending on where you live, an average day in Florida could be considerably hotter than anything that you’re used to. And it’s not just the heat – Florida has one of the most humid climates year round, which makes the heat even more heavy and oppressive.  Combine that with the fact that you’ll be doing a lot of walking around outdoors, and you have a recipe for long, withering days and short tempers.  Perhaps you’re used to the hot weather, or maybe you can stand the heat and don’t see what all the fuss is about.  If that’s the case, you can visit pretty much any time (or at least skip to the crowd section below to fine tune things).  But for the rest of us, we’ll look at Florida at different times of year.

Okay, it’s not ALWAYS unbearably hot in Florida.  But the seasons have a different meaning than most people are used to.  “Summer” seems to begin in early May and ends in late October, give or take.  Essentially, you’re looking at about six months of the year where the temperatures are in the mid-upper 80’s or higher, with the actual summer months topping 90 almost every day.  And with the humidity, you’re looking at “feels like” temperatures in the 90-100 range most of that time.

If you have no choice but to visit during the summer, don’t despair.  As difficult as it is to be out in those temperatures all day, there are some advantages.  Summer crowds (June-September, mostly) are actually among the lowest of the year on average (more on this below).  And with even nighttime temperatures in the 70’s, you don’t need to worry about what to pack – it’ll be pretty much shorts and t-shirts all day, every day, leaving you more room in your suitcase for all those souvenirs.

There are some ways to leverage the weather to your advantage as well.  The first one is sound advice no matter when you visit, but is even more important when the weather is bad – arrive to the parks early, stay late and take mid-day breaks wherever possible.  Those breaks could include going back to your hotel to swim or take a nap in air conditioned luxury.  Or you could stay in and around the parks and eat at a sit down restaurant for lunch (table service meals take longer than quick serve, as the name implies, and in this case, that means more time off your feet and out of the heat).  You can also plan your day at the parks to include indoor rides and attractions at the hottest times of day.  A refreshing break at the Carousel of Progress or Walt Disney’s Enchanted Tiki Room serves the dual purposes of being entertaining and cool (literally).

And heat is only one part of the weather factor.  Because of their humidity and proximity, Florida often sees a rather robust hurricane season.  Hurricane season in Florida officially runs from June 1 to November 30, though typically most major hurricanes happen in August and September.  If you want to truly be safe though, take that into consideration and do some historical research before deciding if you want to visit in October or November.

The other half of the year can range from pleasant to quite warm but not unbearable.  There are always outliers, so the closer you go to the six months we discussed means it’s more likely that there could be a heat wave.  But the average temperature between November and April ranges from the low 70’s to the low 80’s.  Quite a bit more manageable.  Nighttime can be much cooler still – we visited in late November one year and had heavy sweatshirts, hats and gloves as we watched a parade.  People couldn’t believe me when I related that story!

The other major factor in planning a pleasant trip are the crowds, and these can be harder to predict than the weather.  There are a ton of websites dedicated to crowd calendars – I would recommend using TouringPlans who are the best at what they do.  Even the best crowd calendars, though, are only predictions based on historical trends and by looking at things like park reservations, hotel occupancy, etc.  These factors are things that are fully in Disney’s control and they can replenish the reservations and open up more hotel rooms whenever they like, so it’s hard to get an accurate picture of crowds based on these things. Given the situation in the world at large right now too, things are harder to predict than ever.  How comfortable are people traveling? Will there be a huge influx of people when things are more “normal”?

There are a few things that should remain constant over the course of a year, however.  One, as mentioned above, is that crowds are often lower in the summer months.  There really is no such things as an “off season” at Walt Disney World, but on a relative scale, this would be the closest thing. This might go against traditional thinking, as it would stand to reason that when schools are out, more people visit.  But in large part, BECAUSE of the hot weather, people try to visit at other times.  There are also typically conventions, competitions, etc, that help inflate the crowds at other times of year.

If you have children or a job where you can’t take off easily (teacher comes to mind), and you’re not visiting in the summer, when would you visit?  The answer of course is on school breaks, which is why those times of year are some of the busiest at the resort.  These include President’s week in February, Easter week in March or April, Thanksgiving week in November and of course, Christmas to New Year’s in December (almost always the single busiest week at Walt Disney World every year).  Spring Break is also a big factor, and considering not every school is off at the same time, that can encompass any time between mid-March and mid/late April.  There are also cheerleading competitions that happen in and around Orlando, which can run anytime from February to May.  You don’t necessarily have to plan to avoid those, but if you’re wondering why the parks are suddenly flooded with cheerleaders, that’s probably why. 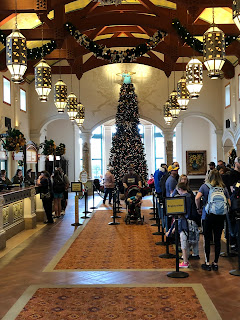 So given all of that information, what are the best times to visit Walt Disney World?  If you have flexible vacation time and are looking to find the sweet spot with the best weather and crowd situation, there are a few good possibilities.  Mid-January to early February is the first one of these, as the holiday crowds will have gone and the weather will likely be pleasant.  Of course, if you’re interested in any of Disney’s holiday parties or decorations, this wouldn’t help you, but the parks are typically back to regular operating hours and appearance by that point.  April is also a good possibility as you have warmer weather without it being too hot and can see many of the flowers in bloom around the parks.  This one is tougher to schedule, though, as those Easter/Spring Break crowds will be dotted throughout the month, so plan carefully.  Mid-October can be lovely in terms of weather but often sees higher crowds especially among locals.

Our recommendation for the BEST time to visit, though, is early to mid-November or early December.  The weather will be great, the Christmas decorations will be up and the parks have a certain magic about them.  Plus there’s often a lull in between holidays – Thanksgiving week will be busy but if you can go right before or after, you should have a much better experience.  Same holds true before Christmas – the closer you get to the actual holiday, the worst the crowds, but there are often some good weeks leading up to that.

Truly visiting Walt Disney World is a wonderful experience at any time of year, but if you’re looking to make your trip as magical as possible, consider everything in this post and see if those times work for you.