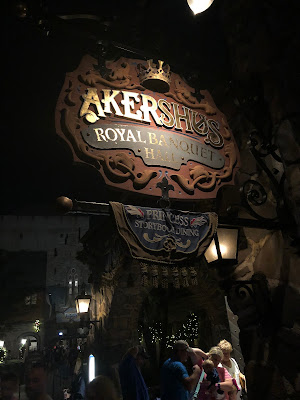 Akershus is modeled after a real castle (named Akershus) in Norway.  It originally opened with the pavilion in 1988 but wasn't a character dining location at the beginning.  That changed, as more intellectual property was brought into World Showcase and Storybook Dining with the Disney princesses was born.

While there are numerous character meals around Disney property, many of them feature variations on Mickey Mouse and his friends.  There aren't that many that involve princesses - the most famous of these of course is Cinderella's Royal Table but Akershus is a close second. Before the pandemic closure, this was a (slightly) cheaper option for this type of dining, and an easier reservation to procure.

I mention the closure, because since the reopening, Akershus has remained closed - until now.  Akershus will reopen for dining on November 4, with reservations beginning October 24.  Pricing is $63 per adult and $41 per child, plus tax and gratuity.  When I visited the main Walt Disney World page, the only pull down option is dinner but I suspect this will be the same for lunch as well.

In terms of dining, Akershus is traditional (?) Norwegian fare, including kjottkake (meatballs), potato dumplings and grilled salmon.  If you're concerned about what your child might eat here, there are more "safe" choices on the kids menu.  And don't let the Norwegian cuisine fool you - everything we had there a number of years ago was delicious.

The press release calls this a "family style dining experience", which I think differs from how it was previously.  I'm having a hard time remembering, but I think there were individual entrees back then, and there definitely was a buffet for salads and assorted cold foods.  That doesn't appear to be back, but the general tone looks similar regardless.

Of course, the main reason most people will dine there is the princesses.  Conspicuously, Disney does not mention which or how many princesses will be there when Akershus reopens.  To be clear, this IS the return of Storybook Dining - they're not opening the restaurant on its own without the characters. In the past, characters were subject to change, but you almost always got five princesses who toured the dining room for pictures and autographs.

I mention this for a couple of reasons. One, Cinderella's Royal Table is not back to its normal character meals as of now.  You still get to eat in the castle, but without the princesses, this actually costs MORE than Akershus' current pricing ($67/$39 respectively).  I would think that with the return of (at least some) princesses to Akershus, the same would hold true for CRT, but that wasn't in the announcement either. 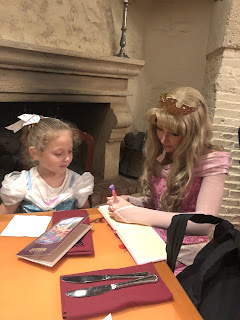 And secondly, one of the last things to return post-pandemic have been "face character" meet and greets in any fashion.  For a while, this might have been for safety reasons, but that doesn't seem to be a concern at this point.  This likely relates to staffing shortages, and in this case, having enough cast members who can fulfill these particular rolls seems to be a difficult task.  But again, if Akershus' return was announced, that's a big step in the right direction.  We'll keep an eye on what characters are back as it gets closer to reopening.

Besides Akershus, two other restaurant notes were mentioned by Disney today.  One is Kona Cafe's reopening at the Polynesian.  Kona Cafe was announced as closing as of August 15, and though they weren't specific about what changes had been made, that appears to be ending as it will reopen on November 1.  More dining at the Poly is a positive.

And finally, starting November 1, Tusker House at Animal Kingdom returns to its buffet service.  This is the "classic" version of this restaurant that we were lucky enough to enjoy a few years ago.  This is a character dining location as well, with Mickey Mouse, Donald Duck and friends in safari gear.  This was a good alternative to, say, Chef Mickey's, with more adventurous foods and an in park location.

Tusker House reopened in 2021, first as a "modified" character meal, which has become a more traditional version as restrictions loosened.  The problem there was the reopening menu - in place of the buffet was a family style service that by all accounts, was simply not that good.  Buffets were out of favor during the reopening period, and having this restaurant open was better than not having it, but the return of the buffet is great news to those of us that remember it fondly.