Is Pent Up Demand Running Out At Disney World? 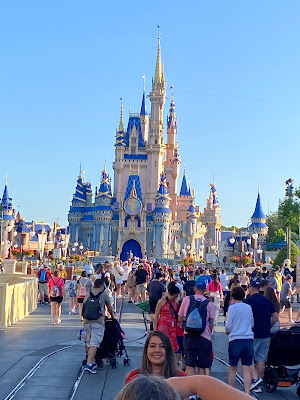 In recent days, Disney has released a bunch of discounts for resort stays through spring 2023.  These include Disney+ subscribers, Annual Passholders and most recently, Disney Visa Cardholders (this one doesn't appear on the official WDW page for some reason, but it is being reported everywhere so I assume they're just slow in updating).

I bring this up here not to highlight anything in particular for these specific discounts but rather to put in context what it might mean for the future of discounts going forward.  And to look into the future, we have to first talk about the past, as is often the case here.

Walt Disney World is often known for offering discounts.  This might not seem true, especially recently (which we'll get to) but this has been part of their business model for years.  Going back to at least 2008 during the "great recession", Disney was very aggressive in marketing discounts to get guests to come and stay at their resorts.  You can go back even further and find a similar situation in the wake of 9/11 (for different reasons, obviously).

Some of the more popular Disney discounts have become legendary among fans.  The most famous of these has been free dining, where guests would get different aspects of the Disney Dining Plan free depending on their resort tier.  This discount has disappeared recently, mostly because the dining plan itself has disappeared.  I don't expect it to come back as it was once the dining plan returns, so we might have seen the last of that one.

The point here is simply to establish a precedent in the company for offering discounts to their guests.  The two specific periods I mentioned above weren't the only times discounts were offered, but they were among the most aggressive.  One thing both of them had in common was that people were financially insecure and might not have had the discretionary income to spend on a Disney World vacation.

I bring this up in light of recent events.  I don't think I have to tell you what happened worldwide starting in spring 2020.  For Disney specifically, this meant an unprecedented park shutdown due to Covid-19.  Even upon reopening, crowds were artificially lowered by virtue of an attendance cap.  Originally this was put in place with safety in mind, and eventually it became a way for Disney to operate while ramping up their staffing.

In many ways, the pandemic had a lot in common with the recession of 2008 and the instability of 2001.  Millions of people lost their jobs or were furloughed.  They probably weren't thinking about going to Disney when they were worried about lost income.  There was also a safety concern and/or unhappiness with the face covering policy in place upon reopening.

Given all of this, one might think that Disney would have started aggressively discounting resort stays as a way to entice people back.  But a funny thing happened before they had the chance - demand was strong, possibly as strong as it's ever been.  The concept of "revenge travel" became a thing, as people who had been cooped up in their houses for many months went out and took vacations, perhaps ones that had been delayed or canceled.

No one knew how long this phenomenon would last (and if they did, they probably have a good job as an economist somewhere) but suffice it to say, Disney has seen strong demand once things have returned to virtually normal operations.  Just take a look at wait times and lack of dining availability if you don't believe me.

No one is better at forecasting crowds than Disney.  They have a ton of data on hotel and ticket reservations which help them decide how to handle future staffing and pricing.  As I said above, you might have expected Disney to discount to draw guests back but there simply hasn't been a need to do so.

In fact, Disney mostly did the opposite.  There's a laundry list of things Disney has done to anger their fanbase in recent months/years - continual raising of ticket prices, introduction of Genie+ (essentially replacing the free FastPass+ with a paid service), date based pricing for this service, elimination of entertainment, shortening park hours, etc.  The words "nickel and diming" come up a lot when talking about Disney's current plans. 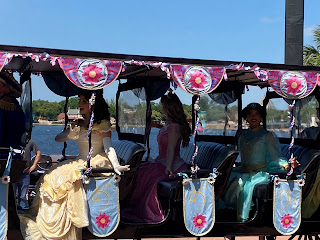 But as I always say in these cases, they do this BECAUSE THEY CAN.  If any or all of the above (and more) made people say "I'm not going back again", there was always someone there to take their place.  As long as demand continued to be strong, there was no reason for Disney to be altruistic.  They are a for profit company that exists to make money for their executives and shareholders.  That might not have been Walt's dream, but it is the current reality.

All of this is background information to bring you back to the beginning of this post.  There has been a relative lack of discounts offered by Disney since the pandemic ... until now.  These are some pretty decent discounts for the modern age here and are in line with similar deals the last time they were offered.  There is no "general public" discount, but having a Disney Visa card and/or a Disney+ subscription is the closest thing you're likely to get now (certainly cheaper than being a Annual Passholder or Disney Vacation Club member).

So why all these discounts and why now?  This is pure speculation at this point, but it's possible that Disney is looking at hotel bookings for the next six months and aren't happy with what they're seeing.  These discounts all start in January, after the big holiday rush.  But it's not just the "slow season" - these go into spring break and Easter, which is generally one of Disney's busiest times of year.

Has pent up demand finally run out?  Again, there's no real way to know, but if Disney is getting ahead of things to this extent with discounts, it is very possible.  Whether that's happening naturally, or whether people really have reached their breaking point with the "offer less, charge more" strategy Disney has been pushing in recent times is also up for debate.  It's unlikely that Disney will admit defeat here anyway - they will simply offer discounts and spin until they get the balance they desire.

It's hard to make any long term predictions based solely on this recent information, but this could be the beginning of Disney returning to their discount model for the future.  If these discounts get more frequent and aggressive, that would certainly indicate a course correction in how they get guests to visit.

For the average guest, even if you can't take advantage of these particular deals, this can only be considered good news.  For Disney to go back to this well means that they need bodies, and this is the best way for them to do it.  I would prefer added capacity (via new attractions and/or entertainment) and longer hours to avoid crowding, but we'll take what we can get.  As a consumer, you get to vote with your dollars, and if Disney is worried about attendance, they will have to be at the top of their game in order to remain the leader in entertainment that they are.