Genie+ Moving to Date Based Pricing 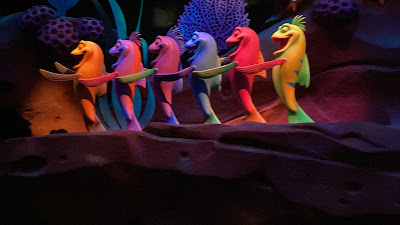 Disney announced today that their Genie+ service will now be subject to date based pricing as opposed to a flat rate year round.  This post will discuss the specifics and talk about why this is happening and what it means for the guest experience.

To review, when Genie+ was introduced at Walt Disney World, the price was $15 per person per day (plus tax).  This was true on any day you visited.  Since Genie+ is still a relatively new service, Disney continues to tweak certain aspects of the system.  Some are good - moving rides from Individual Lightning Lanes (ILL) to Genie+ added capacity and (at least theoretically) created more inventory from which guests could choose their attractions.  Some of the changes have been neutral or negative (not allowing you to see ride availability on the first screen, not allowing pre-trip purchases of Genie+ as an add-on, etc).  This change appears to fail into the latter category.

If you aren't familiar with the concept of date based pricing, well, you should be, especially when it comes to Disney.  Hotel costs and ticket prices have been date based for a number of years (see this post for a discussion of how visiting at different times of year can change the cost of your trip by a large amount).  This has also been in effect for ILL purchases, with the attractions costing more during busier times of year.

This is the same concept at play now.  We've just come out of the "quiet season" at WDW, where extreme heat, the threat of thunderstorms (or worse) and kids going back to school leads to lower crowds on a consistent basis.  Starting in late September/early October, crowd levels begin to rise (just take a look at the wait time data from Columbus Day if you're not convinced) and thus, this change is being rolled out now.

Disney didn't project a cost beyond this month, but for October 2022, they state that Genie+ will cost between $15 and $22 per person per day.  Since things will only get busier over the next several months, it's not hard to envision G+ reaching $25 (or even more) during the Christmas season, which is already the busiest and most expensive time to visit.  And as an added bonus, since you can't purchase G+ in advance now, you have to wait until you are preparing to purchase it for the morning of your visit to find out how much it is for that day.

So why is this change being made?  As it relates to some of the other changes to G+, Disney is attempting to find the "sweet spot" for sales.  This is discussed during their quarterly earnings calls, and is clearly at the top of their minds.  This theoretical level would be where enough guests purchase the service that it is beneficial to both those guests and standby guests - if too many guests purchase it, there won't be enough attraction availability, and if too few purchase it, standby lines would be longer across the board.  Both of these things lead to lowered guest satisfaction.

Disney is trying to find a happy medium where everyone is happy with their choice to purchase Genie+ (or not).  During the most recent earnings call, CEO Bob Chapek stated that around fifty percent of guests were purchasing Genie+ during their visits.  That was up from around one third of guests two quarters earlier.  Whether that's the number Disney is attempting to achieve is unclear.  But it is less than the one hundred percent of people who had access to FastPass+ when that service existed, though of course, there was no direct monetary charge in that case.  The landscape is different now. 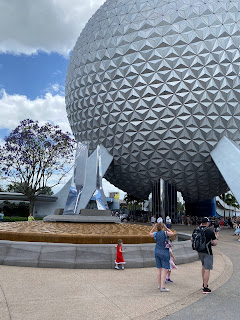 I mention all of this because it might seem like the price increase announced today is supposed to help balance out who purchases Genie+ and who doesn't.  But I actually think this won't make much of a difference - it won't "move the needle", as they say.  Think about it - yes, there are some people who were on the fence about spending $15 each day anyway and will balk at $22.  But the actual cost difference here is minimal; if you were planning on paying the money as part of the thousands you are already paying for your vacation, will a few dollars make a difference?

The real "ripping off the bandaid" came when Genie+ was first introduced as a replacement for the previously "free" FastPass+.  There was a lot of backlash online for this, and rightfully so.  But that storm has passed.  It's hard to see the same outrage here.  Perhaps just a snarky comment and acceptance that this is the way of things.  Prices go up all the time - people are paying more for tickets and hotel rooms this year than they did at the same time last year.  If that doesn't get you to stay away from Disney (and current demand seems to indicate that it doesn't), then an increase in G+ probably won't be the thing that pushes it over the edge for you.

So again, why this change?  The simple answer is this - because they can.  Remember what I said above about the Christmas season being both the busiest AND most expensive time to visit?  We've discussed that on this site plenty of times before.  But there are a lot of factors as to why it's the busiest - better weather, kids are off from school, the holidays are magical at Disney, etc.  Disney knows all of this and knows that guests will pack their parks regardless.  That's why prices are high - people accept that they are paying a premium for that time of year.  It's the same concept here - your ticket already costs more, your hotel already costs more, now your Genie+ will cost more.

I wish there were a better answer, but that is the best explanation.  Those of us that love Disney don't like to think of them as a faceless corporation parting you and your money, but that certainly is one of their functions.  The parks making more money leads to stock prices rising, which satisfies investors.  I don't want to get too far off topic here, but this is just one more piece of that.

From a satisfaction standpoint, I still hope Disney continues to tweak Genie+ for the better.  Visiting at a busier time means the value of your G+ purchase is lower, as you probably won't get as many attractions in during your time in the parks.  That was always true, and is even more so now that it will cost more.  On the other hand, visiting during the quietest months, you might wonder why you're paying anything at all when the lines are so short.

This is the kind of fine line Disney has to walk.  Our recommendation is still generally to purchase Genie+ - especially when it's busy, you will simply accomplish more than you would without it.  When it's not as busy, the decision isn't as clear.  Either way, there are still plenty of ways Disney could improve Genie+.  Today's announcement wasn't one of them, but it will lead to higher guest spending and happier executives and shareholders.