What Park Should You Hop To? 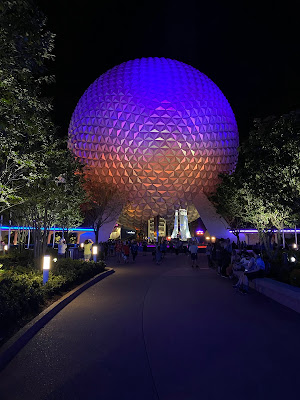 One of the most popular ticket add-ons for Disney is Park Hopper ticket, which gives guests the ability to visit more than one park per day (for a charge, of course).  Every since the reopening after the pandemic, park hopping has been limited to 2:00 p.m. and later.  There are rumors that this might change, but for now, that is the world in which we live.

This isn't a post to bash Disney about park hopping rules - I'm just pointing out the circumstances.  People used to use park hopping differently in the past, when they could come and go at their leisure. But these new rules, combined with the park reservation system, makes hopping a more inconvenient process than it had previously been.
Given the parameters, I thought it would be interesting to talk about hopping from one park to another and the what might go into the decision to choose one park for your second destination of the day.  Obviously, anyone can go anywhere, but I was thinking about what made the most sense in the current climate.  The assumption in this post is that you would be hopping directly from one park to another, rather than going back to your resort (or elsewhere) before moving on.  This isn't going to be true all the time, but the reasons behind these choices remains the same, even if the transportation options differ.
First Park: Magic Kingdom - Hop To: Animal Kingdom
I began to think about this post from the perspective of Magic Kingdom.  I had previously written about visiting during party season (be it Halloween or Christmas) and this idea makes the most sense on this kind of day.  As mentioned there, party days at Magic Kingdom see some of the lowest crowds of the year, and it would behoove you to take advantage of them if at all possible.
If you get an early start on your day, you can pretty much attack Magic Kingdom however you like.  You most likely wouldn't even need Genie+ in this circumstance, as wait times should be relatively low across the board.  Normally I would encourage you to stay as long as possible here, enjoying the quiet.  But for these purposes, I would say you should hop soon after you are eligible at 2:00.
So why Animal Kingdom?  There are really two ways to approach this park - either get there early, finish everything and leave (which will be discussed in more detail below) or hop here in the late afternoon.  If you take a look at this from Thrill Data, you can see a pretty clear pattern where crowds peak around 2:00 in the afternoon and then decrease.  This is the window into which you would be hopping.
Again, Genie+ probably won't be necessary here, which makes these two parks a good combination.  The reason wait times start to tail off at this point is because most people have finished everything they want to by this time and are ready to hop away.  There are relatively few attractions at Animal Kingdom, and even fewer that are "must see" for most people.
Add to this the fact that Animal Kingdom is now (or will be soon, at the time of this writing) the only park without a nighttime show, and this leads to guests leaving.  If you arrive at this time, you should have an easy afternoon.  The only difficult attraction will be Flight of Passage, but that can be saved for the end of the night to minimize waiting.  If you don't mind the lack of a nighttime show, this can be a great park hopping combination.
First Park: Animal Kingdom - Hop To: Hollywood Studios
The first part of this is effectively the opposite of what I talked about above.  I hope I didn't scare anyone away from Animal Kingdom in the morning by talking about the crowds.  In fact, Animal Kingdom is perhaps my favorite park to visit in the morning, as it often opens the earliest and you can usually see the sun rise over Everest.
Getting there early in this scenario is imperative, as the headliners will fill up early on.  I would recommend rope dropping Flight of Passage (just follow everyone else) and hitting Na'vi River Journey right afterwards.  This only really works if you are staying on site and can get there for early entry.  But if you can, do this and then cross the park to Asia and Dinoland to do attractions with little waiting.
For the second half of this day, I would recommend Genie+.  If you do everything at Animal Kingdom via standby, you can begin making selections every two hours for Hollywood Studios.  If you start early (perhaps while waiting for Flight of Passage), you can probably grab a late afternoon Slinky Dog Dash, and follow that up with some combination of Millennium Falcon Smuggler's Run, Mickey and Minnie's Runaway Railway, Tower of Terror and Rock N Roller Coaster.
By the time you make your way over to Hollywood Studios, you should have numerous Genie+ selections that you can breeze through.  This will make your life much easier, as this will be the most crowded time of day at this park.  Grab some dinner in there somewhere, and then either see Fantasmic or hop in line for Rise of the Resistance right before park close.  You won't be able to easily do the latter otherwise, given its wait time.  So if you really are in a time crunch, you can always purchase the Individual Lightning Lane (ILL) for this one or do it on another day.  Speaking of which ... 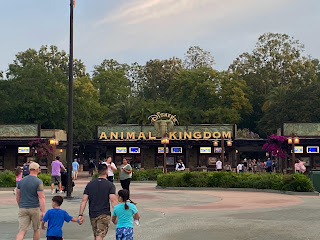 First Park: Hollywood Studios - Hop To: Epcot
Hollywood Studios is the most difficult park to plan around, as it sees its wait times spike earlier in the day and are filled with top heavy attractions.  If you're going to rope drop Hollywood Studios, it would be a major help if you are staying on property and can use early theme park entry.  Getting there early and taking out Rise of the Resistance would get your day started the right way.
We still recommend Genie+ for Hollywood Studios, given that the top attractions here often experience the longest wait times in all of the parks.  This is especially true if you are planning to park hop (and you are, in this hypothetical) as you can't afford to wait for all of the headliners via standby and still leave at a reasonable time.
In this scenario, you probably want more than one (partial) day at Hollywood Studios, so I'm not going to lay out the "perfect" strategy.  Just get done what you can.  From there, the best option would be to use the Skyliner and take a leisurely trip over to Epcot.  Depending on your Genie+ situation, you might want to pick up a ride or two before you hop, so you're ready to hit the ground running when you arrive.
Epcot is a wonderful park at night, so this strategy takes full advantage of that.  Enjoy whatever attractions you can, stroll around World Showcase and grab something to eat.  Then stake out a spot for Harmonious and enjoy.  The second half of this day should generally be more pleasant (both in terms of pace and weather), which makes it an ideal combo for Hollywood Studios.
First Park: Epcot - Hop To: Magic Kingdom
And to end this guide, we go back to where we started.  First, you have a morning at Epcot.  Grab a spot in the virtual queue for Guardians of the Galaxy: Cosmic Rewind and hit some of the other headliners at rope drop.  Genie+ is not a necessity here most days, but it might come in handy to knock out Test Track, Frozen Ever After and/or Remy's Ratatouille Adventure.  Then, rather than "wasting" Genie+ selections on attractions that don't need them, you can start building some for your evening.
Rather than staying for Harmonious, in this case you would hop over to Magic Kingdom.  You won't be able to do everything in the park with the most attractions obviously, so do a "greatest hits" tour where you can, perhaps supplemented by Genie+.  While the dining selections are more appealing at Epcot, you should be able to find something at Magic Kingdom.
The best part of this hopping strategy is that you can use the monorail to get from one to the other.  If you're not happy with the dining options at Magic Kingdom, you can always take the resort monorail from the Transportation and Ticket Center (TTC) instead of the express one, and stop at one of the three resorts on the way to Magic Kingdom to eat dinner.  Either way, end your night with Enchantment and enjoy Magic Kingdom at night.
These are obviously all just suggestions, but I think they make sense given the flow of crowds, Genie+ usage and transportation options.  Park hopping can be a good way to break up your day and experience different parks, especially if you don't have a long trip.  Putting them together in the right combination can help make that experience even better.
at October 27, 2022