How To Survive The Holidays At Walt Disney World 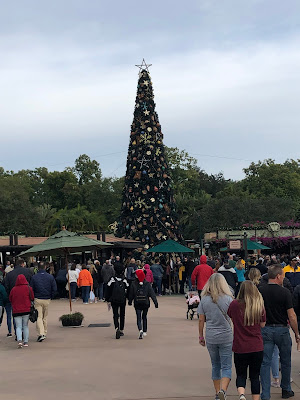 As we hit the heart of the holiday season, inevitably that means the rise of crowds at Walt Disney World.  With last year’s capacity restrictions, it was hard to get a sense of what the real holiday season demand was at the parks.  But with things more or less back to normal in many ways, we’re back to the busiest time of year at the most magical place on Earth.

The week leading up to and including Thanksgiving was, to date, the busiest week of the year at the parks (a quick look at Thrill-data.com will allow you to visualize this).  And while crowds have come down a bit this week, there’s still the lead up to what is sure to be the busiest week of the year, which is the time between Christmas and New Year’s.  Park reservations have already been filling up for dates towards the end of December and even though Disney has added more recently, that really just means that there will be even more people in the parks during those days.

As we discussed in another post, this period from after Thanksgiving into early to mid-December is usually one of the best times to visit.  Of course, Covid and the subsequent pent up demand might change that math, so take it with a grain of salt for this year.  But one of the advantages of going around this time is that most people aren’t taking vacations during a random week in December, but rather taking them when the kids are off from school, which leads us back to that upcoming incredibly busy part of the year.  TouringPlans shows crowd levels in the 9-10 range for most parks from Christmas Eve through early January, and a 10 for most days at Magic Kingdom starting as early as December 20.

This post assumes that you can’t or won’t have any way around visiting during Christmas.  If it’s the busiest time of year, can you still have a fun trip?  Or will the massive crush of crowds be too much?  As always, everything starts with a good park touring plan, which is what blogs like this one and many others attempt to give you.  If you HAVE to visit WDW during the busiest season, there are some things you can do to make your experience less stressful.  A lot of this advice applies at any time of year, but certainly at this and other heavily traveled times (President’s week, Easter week, etc) even more so.

The first bit of advice is eternal but bears repeating – come early and stay late. This might sound overly simplistic, but it’s a fact that at any time of year, the busiest time of day at the parks is mid-morning through late afternoon.  If you arrive early, you’re ahead of the biggest part of the crowd and if you stay late, you outlast those guests that have burned out.

This isn’t to say that you need to spend all day at the parks – on the contrary, this might mean that you too will burn out before the end of the night.  You might want to power through and grind out some less popular attractions during the middle of the day, but at the busiest times of year, even those attractions will be seeing longer wait times and you’ll wonder why you’ve waited 45 minutes for Alien Swirling Saucers.  You can get more done very early or very late than you can in that meaty middle portion of the day.

A caveat here – “very late” is relative and based on park hours.  It is better for you (and crowds in general) if the parks have longer hours, as it spreads out the crowds.  Unfortunately, right now the hours for Christmas week don’t seem all that different from any other weeks.  This might change but if not, it’s going to make for more condensed crowds.  As of right now, on December 23, for example, Magic Kingdom is scheduled to be open from 9:00 a.m. to 9:00 p.m.  On that same day in 2019, Magic Kingdom was open from 8:00 a.m. to midnight.  That’s four fewer hours this year, unless they do some last minute changes.  That’s a tough mountain to climb, though the general advice remains the same.

Another bit of advice at this time of year would be to stay on property.  We debated this topic recently and talked about the pros and cons for staying on property or off.  There aren’t that many “perks” right now, but one that goes along with the earlier advice is that on property guests have access to early theme park entry, which lets you into any park 30 minutes earlier than off property guests.  This might not seem like a huge deal most times of the year, but will be a major advantage during the busiest times.  Knocking out a headliner or two before the rest of the crowds can even get in can make your day much easier.

On a similar note, if you stay in a deluxe resort, you have the opportunity to use extended evening hours on certain nights at Magic Kingdom (mostly Wednesdays) and Epcot (Mondays).  This is BY FAR the best current way to avoid crowds.  The pool of guests staying at deluxe resorts is relatively small compared to the total amount of guests on any given day.  Those two hours in the evenings will be invaluable to get things accomplished.  Depending on how fast and/or motivated you are, you can easily knock out more attractions in that time than you could during the rest of the day combined. Staying in a deluxe resort isn’t cheap, but it also creates the best advantage you can find at the moment so consider it if you’re on the fence.

Another decent option here is to purchase park hopper tickets.  Much like the “where to stay” debate, we talked about ticket types earlier.  Hoppers cost more, but give you more flexibility, which is needed when you’re dealing with the highest levels of crowds.  They not only allow you to pivot if one park is having unexpected downtime, but they allow you to extend your day by starting at a park that opens earlier and finishing at a park that closes later.  Just an extra hour or two – especially at the beginning or end of the day, as we talked about above – can make a big difference in efficiency.

You might be looking at all of those above options and thinking, “Most of these involve paying extra” and you’d be right!  Unfortunately, the best way to avoid crowds is to buy your way out of them.  That leads us to another bit of advice – taking advantage of Genie+ and Individual Lightning Lanes (ILL).  Disney Tourist Blog recently posted a nightmarish on the ground experience that showed Genie+ failing during its first real stress test since release.  Hopefully Disney figures out the technical issues here, as that can have a major impact on the usefulness of the service.  Assuming that happens, it would probably behoove you to purchase Genie+ on at least some days, notably for Magic Kingdom and Hollywood Studios as we’ve recommended before.  If you can save a few hours time waiting on even three to four attractions, it’s probably worth the cost. 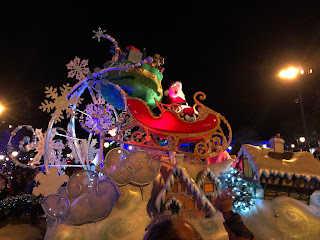 Individual Lightning Lanes are a little trickier.  Our recommendation continues to be to NOT purchase these in almost all circumstances.  However, if you know you can’t rope drop or aren’t staying on property, a case can be made to buy your wait out of what are likely to be the longest lines of the day at the most popular attractions.  Bear in mind that ILL’s for many attractions, especially Rise of the Resistance, have been disappearing in literally seconds during the heaviest crowds, so you would have to be prepared to jump on these early if you plan to trade your money for your time.

One thing we would NOT recommend in terms of buying your way out of crowds is Disney’s Very Merriest After Hours.  One reason is that these parties end on 12/21, meaning that the truly worst crowds are happening after the event stops running (making it a moot point if you’re visiting right before or after Christmas).  Mickey’s Once Upon a Christmas parade starts taking place during the day at Magic Kingdom starting on 12/22, so you’re essentially getting one of the big entertainment options for free later in the season rather than paying the upcharge.

Speaking of the upcharge, the after hours party is expensive.  For any of the remaining dates, each ticket is at least $209 (plus tax!) per person.  This means that for a family of four, one party night would cost an extra $836.  That money would largely be better spent on a few of our suggestions above, including perhaps upgrading from a moderate to deluxe resort to take advantage of the extended evening hours.

The holiday season at Walt Disney World is a lovely time to visit, but the high crowds can make it a very stressful experience.  By following at least some of this advice, though, your trip can still be successful and you’ll certainly accomplish more than the average guest.  A good strategy is more important than ever when the crowds are the highest.