Temporary Operating Changes for the Holidays 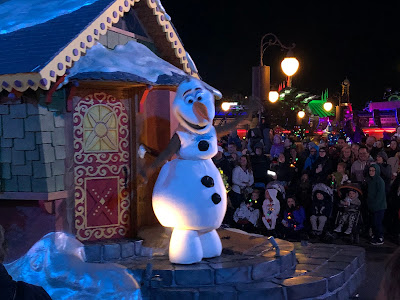 Walt Disney World recently made a couple of temporary changes to both early theme park entry and Genie+/Individual Lightning Lanes (ILL).  We’re going to talk briefly about what the changes are, why they are being made and what it might mean (if anything) for the future.

We’ll start with early theme park entry.  This relatively new perk entitles guests staying at on property Walt Disney World resorts to enter a theme park thirty minutes early, for every day they have a park ticket (which park would depend on whichever park you had a reservation for).  This was a change from the old perk of early entry at a particular park on a certain day of the week.

From December 19, 2021 through January 3, 2022, this thirty minute early entry is extended to sixty minutes.  In practice, you should probably arrive closer to ninety minutes before park open to fully take advantage of this (see this earlier post about on property benefits for a more thorough explanation of why).

The other change relates to Genie+ and ILL.  As a reminder, Genie+ is the equivalent to paid FastPass+, with many rides in each park having a separate line to use that theoretically saves time compared to the traditional stand by line.  The price for this is $15 per person (plus tax) per day.  In addition to that, there are two “headliner” rides in each park that aren’t part of Genie+ and are instead able to be purchased individually (ILL) for a fee.

Besides the post I highlighted above, I also posted about ILL specifically, and discussed whether or not these are worth purchasing.  I stand by what I wrote in that post, but it should be noted that this new temporary change supersedes some of that advice.  For the same time period (12/19-1/3), Disney is taking four rides (one in each park) off of the ILL, and adding them back into the general Genie+ umbrella cost.  These rides are Space Mountain (MK), Frozen Ever After (Epcot), Mickey & Minnie’s Runaway Railway (DHS) and Expedition Everest (AK).

In terms of commentary, my first thought is that these are both positive changes.  Whatever you think about Disney’s pay for play system, it should be more beneficial to you as a guest to have more rides included in the price you’re paying rather than have to choose G+ or ILL, or pay for both of them.  Similarly, having extra time in the morning to enter the parks is a good thing, as I’ve been very bullish on the idea of taking advantage of any extra time Disney gives you.

The question that needs to be addressed is why Disney would modify these benefits.  In the case of the ILL situation, they are likely leaving money on the table, as during the busiest times, people will likely pay up to do these rides AND purchase G+, meaning that Disney is “missing out” on some revenue by making this change.  The full story is a little more complex, however.

The first real test of Genie+ and ILL came during Thanksgiving week and by all accounts, it was an unmitigated disaster.  Besides technological glitches, one of the biggest problems was that there was such demand for Genie+ that guests didn’t get to actually experience shorter lines at that many attractions.  Anecdotally, I’ve heard of people only getting one or two G+ attractions per day because they were filling up so fast. If I had paid $15 a person for that, I would be (rightfully upset). 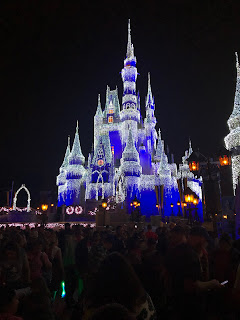 Disney is aware of this, and undoubtedly got an earful (or an inbox full) of complaints during this time period.  As I said, this was the first real stress test for their new system and it didn’t go well.  It wouldn’t have been shocking for them to dig their heels in and do nothing, but these changes appear to signify that they are aware of the guest experience being impacted and are attempting to do something about it.  Whether this does enough remains to be seen, but it is at least a start.

On a related note, this brings up a separate discussion about whether Disney needs two ILL per park at all.  In many cases, if not all, the answer appears to be no.  There is CLEARLY one ride that is more popular than the other in each circumstance – I’m sure you can guess which one is still behind the ILL pay wall and which is not.  Still, this is good in a couple of ways.  First, it gives guests more G+ options, which should theoretically mean that there is more time before everything fills up and in some cases (looking at you, Animal Kingdom), there just aren’t that many attractions in total, so this is a “bonus” attraction if you will.

Secondly, it will provide real data to Disney in terms of guest behavior and might lead to a more permanent change in the ILL process.  We won’t have to wait long to find out what happens after January 3, as Expedition Everest goes down for a refurbishment from January 4 through mid-April. Will Disney move a second ride into the ILL system starting on January 4?  My suspicion is no, as it would severely deplete the already thin attraction roster at that park.  This then will be a test of how that park operates with only one ILL and we’ll see what comes of that.

So what does this mean for the future?  Maybe nothing, but we’ll have to wait and see if Disney considers these changes a success. If you take a look at the dates this is effective for – and if you’ve read the best and worst times to go to WDW – you’ll know that from a crowd perspective, this is objectively the worst time for a trip.  If these temporary changes make things better during the busiest times, it’s likely that Disney will switch back to these during some of the other busiest times of year (President’s Week, Spring Break, Easter Week, etc).  My hope is that they will learn a lesson from what they’re doing, good or bad, and continue to modify their policies to improve the guest experience especially during the busiest and most trying times.